According to the prosecution, FEF managers ‘would be responsible for the crime of money laundering’ 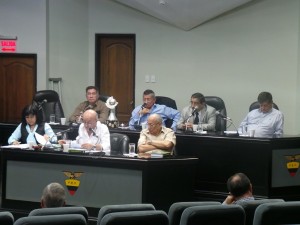 The Attorney General´s office of Ecuador pronounced via Twitter on Sunday February 14th 2016. In one of the messages it was reported that three managers of Ecuafutbol, detained since last December 5, “would be responsible for the crime of money laundering.”

This was informed with regard to the meeting of prosecutors to be held on Monday 15 February in Guayaquil. Vinicio L., Luis Ch. and Francisco A. are arrested as part of the investigations conducted by the Attorney General´s office of Ecuador.