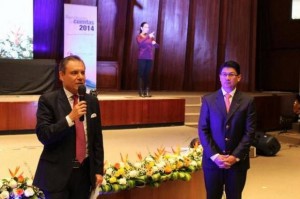 The ceremonies of accountability, a constitutional obligation, cost to the country about $ 773,000, according to data from the National Public Procurement Service (Sercop), in the period from January to March.

Since April, the Sercop does not record more processes, because the presidential decree on the austerity measures by the falling price of oilbanned the accountabilities acts.

The institution that heads the expense under this heading is the National Finance Corporation, with $ 127,972 awarded to the firm Play & Jump SA

It is followed by the Judicial Council with $ 111,260 for two contracts for accountability. The National Electoral Council allocated $ 31,250 for the act of accountability, while the Public Defender $ 30,230, in which the body distributed a book.

The Central Bank of Ecuador (BCE) is listed with an expenditure of $ 12,000. The State Bank (BEDE), for example, signed a contract for $ 800,000 with Francisco Salazar Cifuentes, which in addition to the accountability includes logistics for acts as shareholder meetings and official appointments of BEDE authorities.