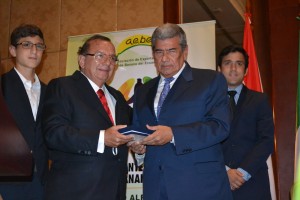 At the opening of the XII International Forum of Bananas 2015, the “Luis Noboa Naranjo” prize was awarded in recognition to entrepreneurs who have boosted the banana production in Ecuador.

Businessman Alvaro Noboa, son of Luis Noboa Naranjo, was commissioned to deliver the prize to Carlos Falquez Batallas, former mayor of Machala and a banana entrepreneur.

The event, organized by the Association of Banana Exporters of Ecuador (AEBE) was attended by the Minister of Agriculture, Livestock and Fisheries Javier Ponce. 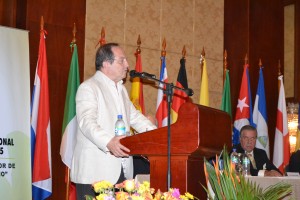 The Forum brings together the major banana producers and exporters of the country. the Banana Museum was also inaugurated, which is dedicated to 16 outstanding businessmen of the sector of the past century, including Luis Noboa Naranjo and Enrique Ponce Luque.

Electoral reforms would not be consistent with the Constitution