Alexandra Vela is the new Minister of Government

The President of the Republic, Guillermo Lasso, appointed Alexandra Vela as the new Minister of Government on the night of Wednesday, July 14, 2021 at the Carondelet Palace. This appointment came after the acceptance of the resignation of César Monge, through Executive Decree No. 117. 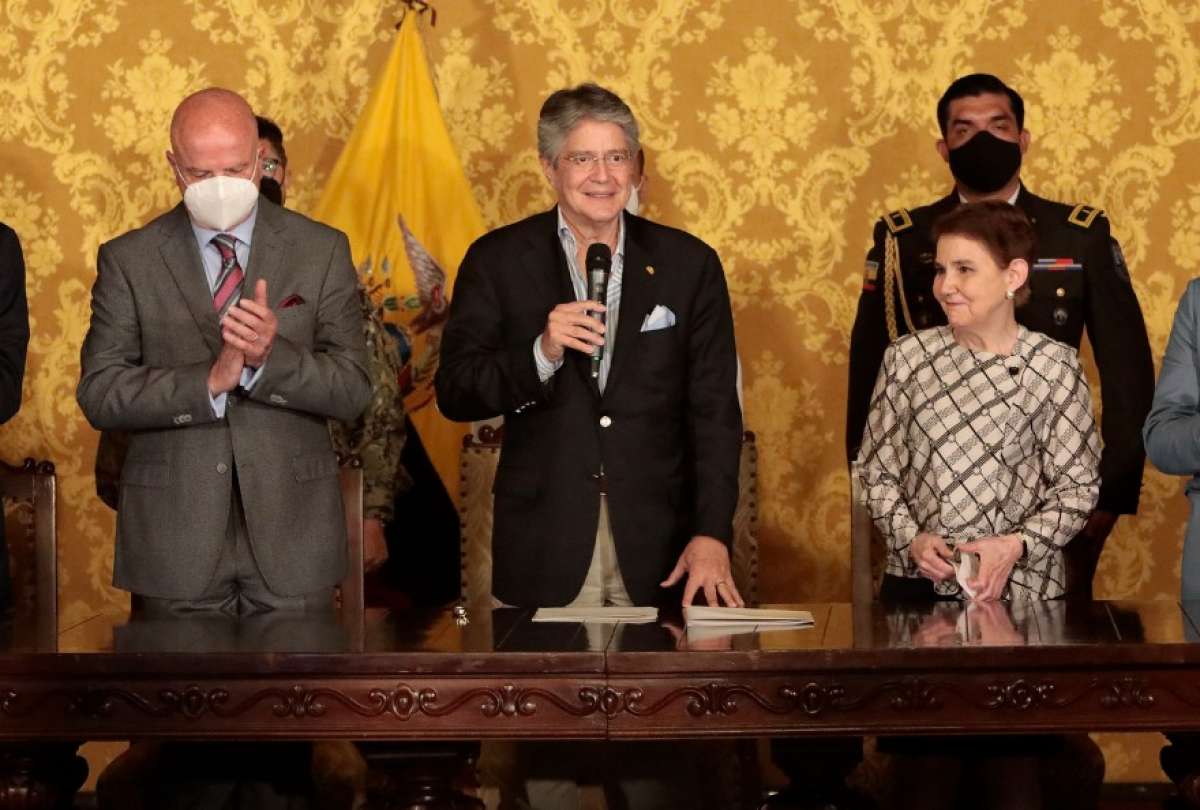 This appointment came after the resignation of César Monge.

During the ceremony, the Head of State regretted Monge’s resignation. “He faces the greatest battle of his life and out of a sense of responsibility with his wife and children he has had to step aside,” he said.

However, he affirmed that it is satisfactory to have Alexandra Vela in his cabinet due to her impeccable political career. “It is a night of mixed feelings. On the one hand, the sadness of accepting the resignation of a dear friend and soulmate like César Monge. On the other hand, the satisfaction and honor of having Dr. Alexandra Vela Puga as the new Minister of Government”, stated the President.

At the ceremony, the official took the oath by which she undertakes to fulfill the tasks entrusted by the Head of State in an honest, responsible, loyal manner and in accordance with the provisions of the Constitution of Ecuador.

In his speech, Vela pointed out that the vital points for Ecuador are: defending democracy, consolidating republican institutions and achieving a prosperous country without social inequalities with the support of each and every citizen. In this sense, he emphasized that the objective of any democratic society is to protect rights and guarantee freedoms, which will allow facing other challenges such as the serious economic crisis. “Ecuador has to reach essential agreements so that the economy can reactivate, and we can find an agreement that allows young people not to be unemployed,” he said.

To this, he added that the Minister of Government has fundamental tasks, since “she will be a great channel of dialogue for various social and political sectors in the country”; the President asserted that his job will be to consolidate a good relationship with all the powers of the State. In addition, it will have important tasks such as the relationship with the National Police and lead the Government’s strategy on citizen security.

He also stressed that never before in the country have there been two women in charge of the same area as is now the case of Minister Vela and the General Commander of the National Police, Tannya Varela.

Profile of the Minister of Government:

Alexandra Vela has extensive experience in the political field as a Quito councilor, a deputy in the National Congress, an assembly member, among other positions that support her performance in the public sphere. In addition, it enjoys prestige in the academic area; She has a degree in Social and Political Sciences and is a lawyer from the Santiago de Guayaquil Catholic University and was dean of the Law School of the University of the Americas.

Man who abandoned a dog will be fined USD 4,000 in Quito