Alfonso Espinosa de Los Monteros, ‘I emphatically reject the verbal aggression of which I have been subjected all these years’ 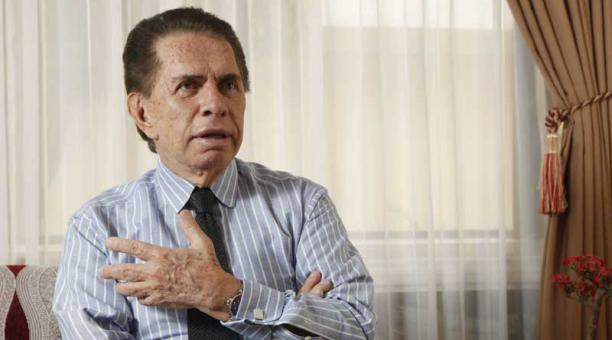 “They pretend to say that we have colluded in exchange for money to support a single presidential candidate and falsely announce his triumph, which can not be acceptable. That’s a slander, because here Ecuavisa, we announced the ‘exit poll’ results as the unofficial and we never proclaimed, we never proclaim Lasso as president.” These words belong to Alfonso Espinosa de Los Monteros, vice president of news and news anchor of Ecuavisa, and were pronounced the night of Monday, April 10, during the evening newscast, in response to allegations of alleged ‘plot’ raised by President Rafael Correa.

During the weekly address of April 8th, Correa dedicated about two hours to talk about an alleged ‘plot’ organized by the Ecuavisa network, the Cedatos polling company and the non-governmental organization Citizen Participation against the election results announced by the CNE (National Electoral Council for its Spanish acronym). The runoff results determined that Lenin Moreno, of the Alianza Pais government coalition, obtained 51.15% of the vote and Guillermo Lasso, of the Creo-SUMA party, the 48.85%.