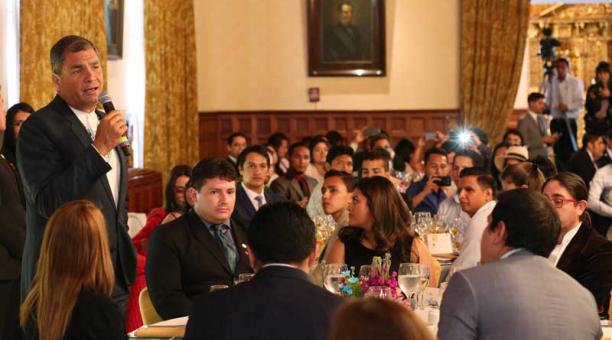 The members of the Alianza Pais party seek to overcome the chapter of the vote recount to focus on the succession of the Government and the new structure of the Legislature. At first, Franklin Samaniego, Legislator-elect of the ruling party, had said that tomorrow there would be an appointment to discuss the legislative issue. But yesterday it was confirmed that it will be next week. That workshop intends to define the names of the legislators that will be proposed to integrate the Legislative Council of Administration (CAL) and the commissions.

Paola Pabón, Secretary of Policy Management, reiterated this information yesterday, after a lunchPresident Rafael Correa offered to the leaders of Alianza País (AP), and scholarship students at the Carondelet Palace. Pabon said that the official bloc has initiated internal talks for the new composition of the Legislature. This issue is on the agenda of elected legislators, the AP bureau; the president-elect Lenin Moreno, and the president of the party, Rafael Correa.