Alvaro Noboa insists on a strong candidacy of the opposition 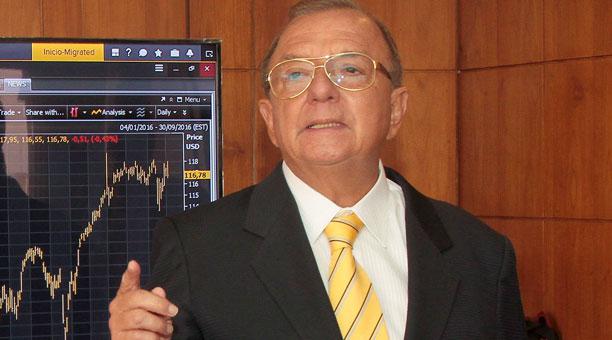 Alvaro Noboa does not lose hope that the opposition chooses a single presidential candidate to face the ruling party in the elections of February 2017. On the afternoon of November 7, 2016, the presidential candidate called a press conference in Guayaquil to announce that he is willing to lay down his political aspirations. But he called on Paco Moncayo, Cynthia Viteri, and Guillermo Lasso to also give their nominations to choose the most powerful among them.
According to Noboa, the latest polls yield a result that encourages the opposition: the four voting intentions pass from 40% of the votes if they come together, leaving behind Lenin Moreno, of Alianza País, with less than 30%.than 30%.

“This is the opportunity for those who want the change to win in the first round,” said the banana mogul. The Guayaquil businessman stated that it is time to “give up the vanities” and “ambitions” to achieve unity. “From now on, if the other three candidates decide that it is not me since they think I consider myself the best option, I will accept it with joy because Ecuador will be the grand winner.” The mayor of Guayaquil Jaime Nebot made a similar proposal in early October to Viteri, Moncayo, and Lasso to choose among them the most powerful hopeful. However, the proposal did not echo in the last two.

Noboa believes that the scenario is different now because the survey numbers determine this. The leader of the Adelante Ecuatoriano Adelante party added that there are several names for the vice presidency, in case the “candidacy of change” of the opposition is not materialized. However, he said that is not his priority. “My priority is change versus continuity. As long as I have that fixed in my mind, I will concentrate in that because Ecuador will be the winner, I do not mind winning or losing.”

Alvaro Noboa proposes the union among other presidential hopefuls