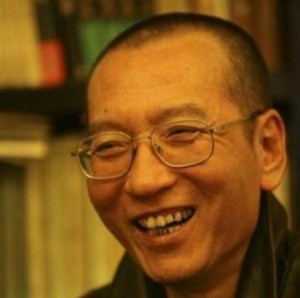 The last time the prestigious Nobel prize was not personally delivered was 74 years ago, when Adolph Hitler avoided German pacifist Carl von Ossietzky to receive the prize in 1936.

The detained Chinese dissident Liu Xiaobo, was unable to attend the two-hour ceremony at City Hall in Oslo, because he is serving a 11-year sentence in prison (China) for calling for radical changes in the communist system that currently governs the country.

Moments before the ceremony, 2,000 students gathered outside the City Hall to honor Xiaobo. About 1,000 guests,100 exiled Chinese dissidents and activists in Hong Kong attended the ceremony. At least 46 of the 65 countries with embassies in Oslo accepted to go, while China and 17 other countries as Cuba, Venezuela, Russia, Iran and Pakistan refused to attend.

Xiaobo, 54, was represented by an empty chair; not even his wife, Liu Xia Could go pick up the prize—valued at $1,4 million—due to house arrest, her apartment is being jealously guarded by several policemen, who also pushed away press members.

Chinese dissident Wan Yanhai, the only one in the list of 140 guests Xia Liu, said that the joy of the distinction would be tainted with sadness because of the absence of Xiaobo.