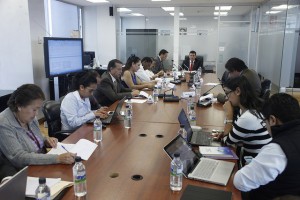 The appearance of the head of the National Electoral Council, Juan Pablo Pozo, at the Commission of Citizen Participation of the Assembly, which will give way to the analysis of eleven proposed amendments to the Code of Democracy was postponed for the next week.

The president of the commission, Fabian Solano (PSE), said that due to setbacks Pozo´s appointment, scheduled for today, was postponed to November 11. At the moment the table works in a timetable and list of people to be invited to discuss the reforms.

The Electoral Council presented 32 amendments to the standard. Ten more bills of several legislators and one of the executive branch.

Figures of 2016 budget continue to change