Anthony Simond: ‘Ecuador could be forced to go to the IMF’ 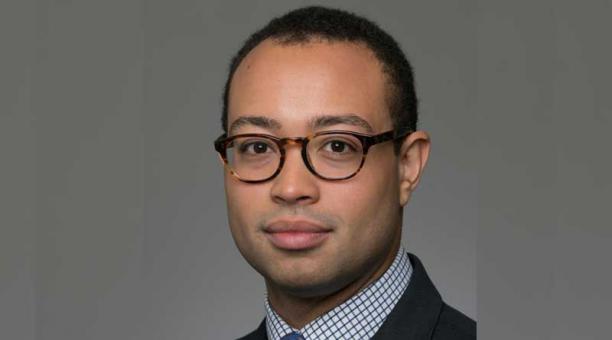 What results does the visit from Ecuador to New York and Washington leave?

(The Minister) Martinez wants to issue up to USD 1 500 million in Eurobonds to finance part of the budget deficit, but emerging market bonds have fallen in value in recent months, which means that today it is more expensive to borrow than at the beginning of the year.

What information did investors receive from the Ecuadorian mission?

Apparently, Martinez told investors that the government is planning a gradual fiscal adjustment that aims to achieve a deficit of 0% of GDP by 2021, mainly by reducing capital spending. Martínez expects to finance the deficit in the coming years through a new issue of external debt.

What was the impact of the visit to obtain better conditions in future bond placements?

The current prices of Ecuador’s bonds have stabilized in the last two days (Wednesday and Thursday of last week), but it is too early to tell if this was due to the tour. The Central Bank announced that the country’s international reserves fell by an additional USD 500 million in May to end the month at USD 3 750 million, which means new financial pressures.

What can Ecuador obtain from the IMF, the World Bank and the IDB?

It seems that Ecuador is only requesting technical assistance from the IMF and not a financed economic reform program. This can change if the government considers that it cannot issue more external bonds. The World Bank and IDB loans will be available, but probably only for specific development projects.

With the current government, is Ecuador seen as a lower risk country?

The new administration initially caused country risk to fall, as investors expected it to carry out economic reform and reduce its dependence on debt. The market understood that Moreno had to reform the political first. But after last February’s referendum, investors expected priority to be given to the economy. Unfortunately, the government’s initial economic plan was not well received and the country risk worsened this year.

How do investors evaluate the new economic plan and the reform analyzed by the Assembly?

They are not yet convinced of the Government’s economic plan. Martinez’s appointment was seen as positive due to his links with the business community, but it seems that the government is not willing to carry out any strict reforms, such as cutting subsidies or government payroll.

What should Ecuador do to achieve market conditions similar to those obtained by Colombia or Peru?

What doubts remain among investors after the visit to Washington?

Martinez reiterated the gradual nature of the fiscal consolidation plan, which may be too slow for investors in the current market environment. Argentina was forced by the market, recently, to obtain an IMF program due to the slowness of its own fiscal reform and Ecuador might have to do the same.

What actions are key to lower country risk?

When does the market expect a new issue?

Martinez would like to issue as soon as possible, so it is likely to be in July, but the return that investors may demand could be too high for the government.

How much will the revision of Article IV of the IMF in Ecuador help?

It will give investors a better idea of economic data and government plans, but this may not be enough if investor confidence remains weak.

Do you think an agreement between Ecuador and the IMF is feasible? In what terms?

Yes, but the government will have to carry out reforms that may be politically bad for its popularity. (I)

Trial against Correa: continue it, says the Plenary

A bad environment corners Ecuador towards the IMF