Argentine Vice President Amado Boudou will be tried for corruption 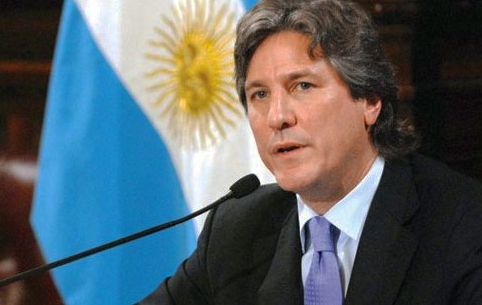 Vice President Amado Boudou will be prosecuted for corruption in the case of an irregular purchase of a company that printed money to the state, confirmed a federal court in Argentina.

The Chamber I of the Argentina Federal Court confirmed the indictment made by Judge Ariel Lijo in June, who denounced Boudou for using his influence so the company Ciccone falls out of bankruptcy in 2010, when he was Minister of Economy, and then acquire it through an investment fund called The Old Fund.

The court decided “to confirm the indictment without detention of Amado Boudou as perpetrator of passive bribery in ideal award with incompatible negotiations with the public function,” according to the ruling.

Boudou, who is already processed and will have to face a trial for other reasons, pleaded not guilty on several occasions and refused to resign to the vice presidency.

Boudou´s processing represents a new problem for the management of President Cristina Fernandez, who since a month ago is going through a political storm over the death of the prosecutor Alberto Nisman.