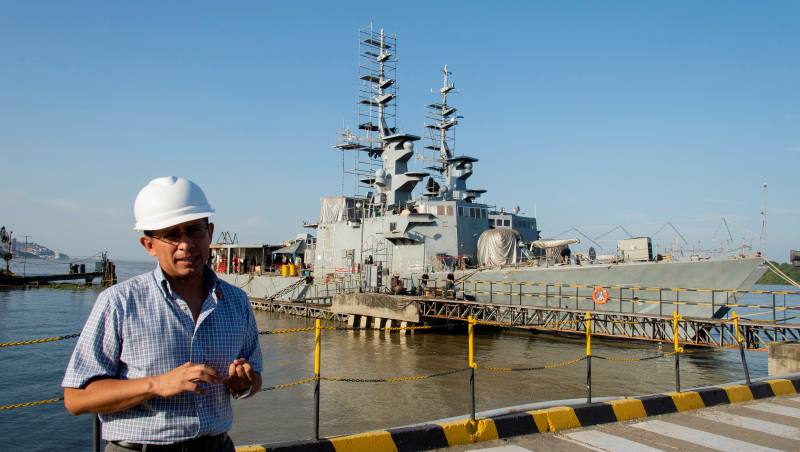 The construction of two coastguard vessels type 5009 to the Ecuadorian Navy and two 1606 launches for the Panama Canal, after winning an international tender, marked 2017 as a good year for Ecuadorian Naval Shipyards (Astinave EP).

Vladimir Ibarra, assistant manager of Astinave, says that the fulfillment of these challenges and others that are being carried out this year show that it is a company “financially healthy, well managed, efficient and effective”.

Astinave is one of the public companies that, according to the Government, should seek proposals for strategic alliances as part of the optimization process of the Executive Function. Alliances, which, according to Ibarra, have been doing so since long before the announcement of the regime.

“We have alliances with South Africa, with Europeans, with Americans, with nationals (…), the alliances are part of the operation of the shipyard and we will do what we need to do to meet the objectives in the coming years,” he says.

It states that Astinave is in recovery as evidenced by the annual profit obtained in 2017 of more than one million dollars and in this year they expect to deliver a higher profit. “Our aspiration is to give a part of the profits to the State and that a part is authorized for us to continue investing,” he says.

Remember that 2015 and 2016 were hard years due to the financial crisis because its main client, which is the State, had cash flow problems; However, he adds, despite being unpaid for more than a year Astinave did not record losses, and supported the projects, although not at the same pace, but maintained a balance.

In early April, the public company signed an agreement with the Public Company of Drinking Water and Sewerage (Emapag) for the reconstruction of the locks system of the Locks, which connects Estero Salado with the Guayas River.

Astinave has two business lines: the defense and the maritime trade.

The public company has two important projects in defense: provide a command and control system to the Northern Operations Command and deliver three rebuilt missile corvettes to the Navy. (I)