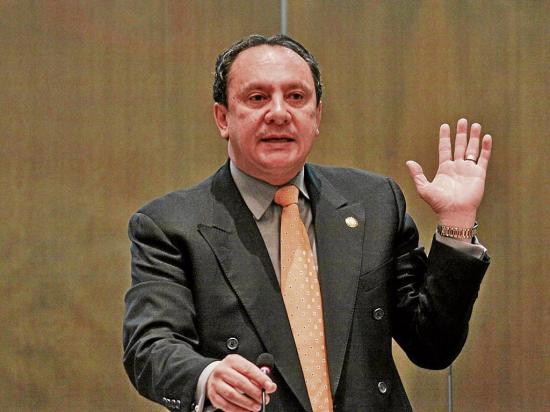 Enrique García, the prosecutor of Manabí, announced this morning that after the conclusion of the analysis made to a skeleton found two weeks ago in Las Cruces community, in the Montecristi County, it was determined that the remains discovered belong to former legislator Tito Nilton Mendoza, who disappeared on December 31.
Garcia said that after obtaining the genetic profile sample from the bones found and also from Edny Guillem Murillo, mother of the former congressman, it was determined that Guillem had a probability of maternity of 99.99% of the corpse found.

“These two samples were taken to the DNA laboratory of the Attorney General’s Office in the city of Quito, where after the respective procedure the specialists concluded that Mrs. Edny Nancy Guillem Murillo is not excluded from being the biological mother of the person to whom the genetic profile of the bones found belong,” García said.

The relatives of Mendoza reported his disappearance on December 31 after they found the skeleton in an area near his vehicle.
After some recent reports and samples it is expected that in the next few hours or maybe tomorrow, the remains of Mendoza will be delivered to his relatives.
Tito Mendoza was a civil engineer, a specialist in procedural law, deputy for the Manabí province, constituent assemblyman and a provincial councilor.