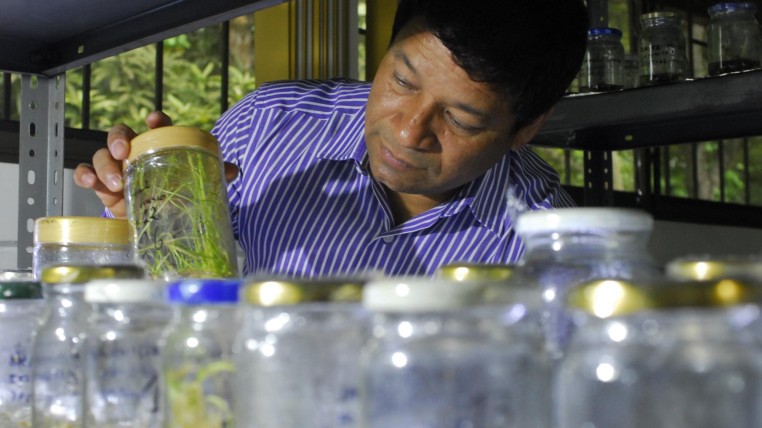 PhD Walter Reyes Borja, director of the biotechnology laboratory of the Technical University of Babahoyo (UTB), told daily Expreso the new advances and plans to create a variety of a japonic rice type in Ecuador.

A highly productive “Purebred,” resistant or tolerant to many pests, soft, bright, with an intense aroma and flavor. This variety of rice would have this set of attributes.

The project began two years ago and seeks to have the least 20 rice lines for testing in various parts of the country.

The traditional rice type cultivated in Ecuador is the Indica, a long grain. 400 thousand hectares, which is nine times bigger than the city of Guayaquil and twice the acreage of banana crops are used to grow this type of rice. However, it has limitations: it is weak against pest attack, it has a poor performance, is grown only in areas with a 25.6 degrees climate and requires oil -in the case of Ecuadorean gastronomy- for cooking.

Japonic rice is therefore “an option,” said Reyes, whose work is based on grains of this variety harvested locally by producers who have saved them or reserved in their farms.

The work began with the crossing of species, but with a particularity, the crossing of the puyon rice, which today constitutes a problematic weed for domestic rice farmers.

“We are making the first studies, this is why we use the wild puyon rice, which is a very aggressive weed but that probably has resistance to some diseases.”