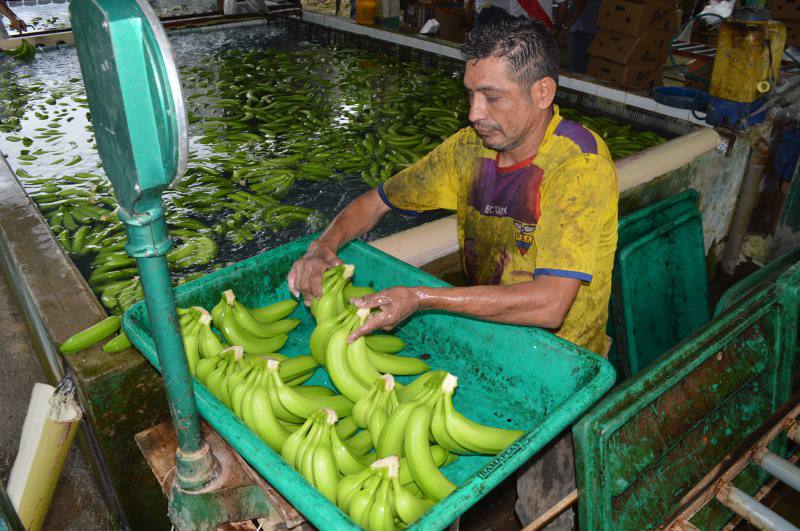 The price of a banana box (41.5-43 pounds), which will govern from January 1, will be $ 6.26, ten cents more than the current one. This was set this week by the undersecretary of Commercialization of the Ministry of Agriculture, Carol Chehab.
However, the new price has generated disagreement in the guild of exporters and a certain sector of producers.
Eduardo Ledesma, executive director of the Association of Exporters of Bananas of Ecuador (AEBE for its Spanish acronym), said that the exporters’ proposal was to maintain the current price, i.e., $ 6.16 per box.

He said that the proposal was based on a study conducted by Pro Ecuador, which suggested that the price of the fruit is maintained in order not to lose competitiveness and market shares in the United States and Europe. Fruit arrives without tariffs to the EU thanks to the multipart agreement in force from 2017; the Ecuadorian fruit will remain the most expensive in comparison to its competitors.

Costa Rica handles a price of $ 4.50, Guatemala $ 7.70 and Colombia $ 7.60. According to the AEBE, the Ecuadorian fruit box would reach the European Union (EU) with a price of $ 9.26, due to other costs, including $ 1.20 more for the passage through the Panama Canal.
The spokesman of the exporters said that some of the producers did not want the price increase either. “At the negotiating table, three of the five producers’ representatives also wanted the price to be maintained,” Ledesma said.

New faces, two former mayors, and a former governor run for District 4 of the Guayas province