The banana producers propose to the Government the creation of a contingency fund with their own financing (from the banana producers themselves), through the withholding of $0.05 per box sold to minimize the losses that may be caused by the war between Russia and Ukraine. 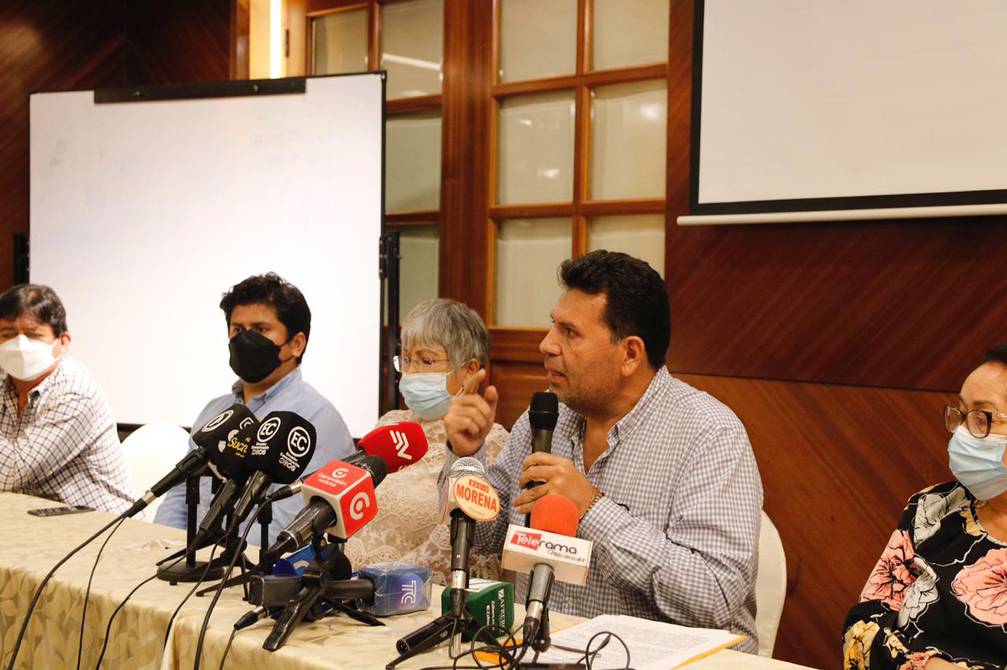 Franklin Torres (C), president of the National Federation of Banana Producers of Ecuador (Fenabe), proposed the creation of a contingency fund and the direct purchase of banana bunches from producers to avoid oversupply.

This alternative was proposed this Tuesday morning by Franklin Torres, president of the National Federation of Banana Producers of Ecuador (Fenabe).

The union highlighted that 98% of the bananas that enter the countries at war are of Ecuadorian origin. “Similarly, 42% of the fertilizers come from both countries, which would have an impact in the social and economic sphere due to the food crisis that would be generated in Ecuador and the loss of employment,” Fenabe reported in a statement.

In addition, the direct purchase of bunches from small and medium-sized producers was proposed in order to avoid oversupply and speculation on the price of the fruit.

This direct mechanism would benefit producers of less than 50 hectares, up to 35 clusters per hectare would be purchased at a price of $3 each cluster, specified the president of Fenabe, who indicated that this would remove 2 million clusters from the market to avoid the oversupply.

He added that the guild has already established the logistics and financing for the purchase of bunches. Regarding logistics, Torres explained that the same reception mechanism of the current verifiers that receive the boxes will be used to count the bunches in the field, with the accompaniment of a delegate from the MAG and one from Agrocalidad.

“These clusters will be directed to all the cities of the country for human consumption and for animal consumption for all cattle, pig, and bovine farms. The payment of clusters would be made by the same company that bought the boxes from each farm last week”, explained the leader.

Regarding the contingency fund, it was indicated that it would enter a trust managed by two representatives of the producing sector of all the banana provinces of the country, a delegate from the Ministry of Agriculture and Livestock (MAG) and a delegate from the Comptroller’s Office.

It was added that the mechanism would come into action as soon as there are prices below the minimum support price (PMS) for a box of bananas, which is currently $6.25.

However, there were also complaints about the alleged lack of control by the authorities regarding the PMS. Lourdes Cedeño, a banana producer from Guayas , denounced that producers are currently being paid for a box of bananas at only $2.50.

“Today, with great concern, I have to tell you that at this moment they are offering $2.50 for a box of bananas, a box of first class, with the demands of the companies, 44 pounds at $2 or $2.50,” expressed Cedeño, who lamented the inaction of the control authorities. (I)

Oil over $100 has two faces for Ecuador