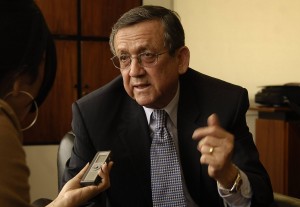 The executive director of the Association of Private Banks of Ecuador (ABPE), Cesar Robalino, confirmed in an interview with El Universo that the banking situation ‘remains solid, solvent and with sufficient liquidity resources.”

Robalino noted that this occurs “despite the macroeconomic problems faced by Ecuador; however the weakness shown by certain companies of the productive sectors of the country.”

On credit expansion, Robalino said “this has been decreasing” since the evolution of deposits are decelerating “slowly and gradually due to completely exogenous factors to banking and that has to do with the macroeconomic problem Ecuador faces.”

He also noted that the overall liquidity in the economy has been growing at less than 10% annually as a result of the problem of the external sector.

Finally, he noted they asked the Internal Revenue Service and the national government to allow banks to “have more reserves.”