“I believe that Barcelona is politicized,” commented the new president of the Idol team, Juan Carlos Estrada that on Wednesday assumed the presidency of the most popular sport institution of the country.

Estrada made this declaration prior to the resignation of Eduardo Maruri, during a meeting with the Mayor Jaime Nebot at the Town Hall of Guayaquil.

The new leader of Barcelona was invited to the program “Soccer Code” of Ecuavisa. Estrada avoided any questions regarding the meeting with Nebot, since he is also have been working in his post as a president for life for the institution.

Estrada denied Nebot’s involvement on Maruri’s decision to quit. The plastic surgeon said that he is capable of leading an institution so big in Guayaquil, he also pointed out that the objective is to be champion of the Ecuadorian tournament of 2011.

Estrada informed that before calling the elections, some reforms of the institution must be made; afterwards they can begin to think on elections.

Today the former president of Barcelona, Isidro Romero Carbo, said that he would run for the presidency of Barcelona from 2012-2016. 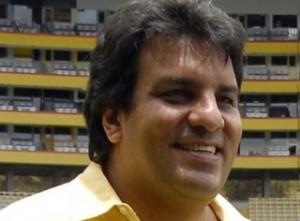 However Estrada didn’t meet the pre requisites to be in charge of the team, many partners complained about this designation. During today’s afternoon a press conference would present Alfonso “El Pocho” Harb as the new president of Barcelona.

Asad Is the New Coach of Emelec