BREAKING NEWS
Petroecuador’s IPO, good news for Wall Street
Contentious Electoral Tribunal notifies the CNE of the ruling in the Social Justice case
TCE refers a case of Social Justice for an electoral judge to execute a reparation sentence for candidacies, among them that of Álvaro Noboa
Citibank stopped payments on Isspol’s global investment notes to assist with the investigation
Ecuador presents public policy of accessible and inclusive tourism
Fundamedios supports the journalist who revealed the unusual requests in jail 4 in Quito
Ecuador beat Colombia in the Qatar 2022 Qualifiers
Cuenca receives international designation of World City of Crafts
Ecuadorian Lorena Bobbitt: ‘Escaping abuse is not an event, it is a process’
Ecuador would close the year with $ 2.3 billion in online sales, 15% more than projected

Black boxes of Dhruv helicopters will be sent to the US 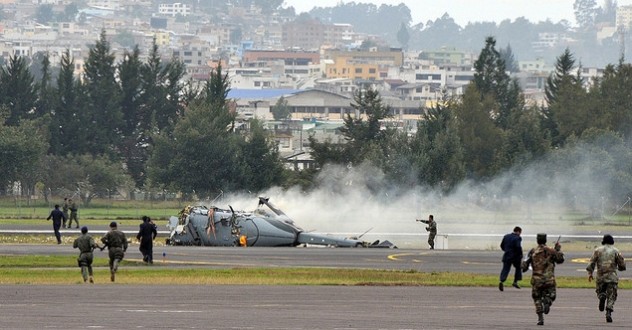 The Defense Minister, Fernando Cordero, said that tomorrow the members of the Investigating Accident Boards will travel to the United States in order to open two “black boxes” of the Dhruv helicopters that fell in January.

“24 hours or less after each accident (four out of the seven devices purchased have been registered),I established the Investigating Accident Boards. We could not do that before (open the boxes), because we do not have this technology,” Cordero said yesterday.

“(Opening the boxes) is a scientific work that has to beimpartial. Things are not delayed just because we do not want to make them or because we are not interested in clarifying (the accidents); there was a delay because we want that the discoveries that are made are attached tothe truth, To give us evidence to make decisions,” he said.

TCE refers a case of Social Justice for an electoral judge to execute a reparation sentence for candidacies, among them that of Álvaro Noboa