By contradictions, Lenin Moreno says he will watch over the IESS figures 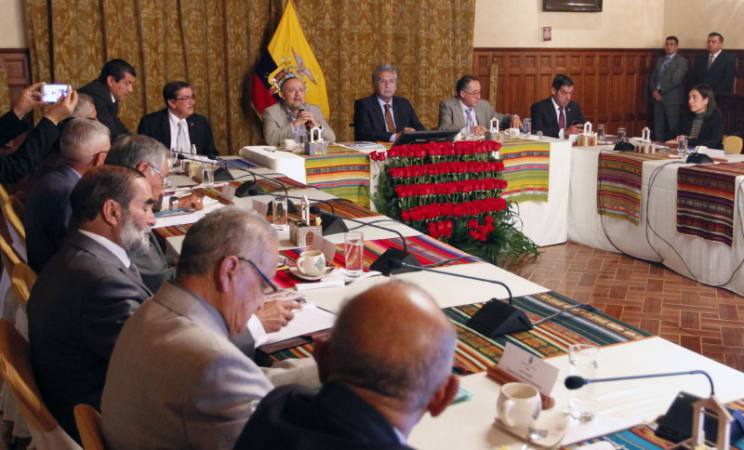 President Lenin Moreno will investigate “with acuity” the financial situation of the Ecuadorian Institute of Social Security (IESS for its Spanish acronym), after a series of contradictory figures.

The agency’s president Richard Espinosa announced last Tuesday that Social Security will end the year with a surplus of between $ 500 and $ 800 million, taking into account income and general expenses. The IESS has five insurances: Pensions, Health, Work Risks, Severance and Farm Insurance. According to Espinosa, in 2017 they will have revenues of $ 7.5 billion and expenses of $ 6.7 billion.

But the figures do not coincide with the 2017 budget approved by the Directing Council of the IESS with Resolution CD 545 of December 2016. For Carmen Corral, a former Social Security Intendant, Espinosa does not respect the independence of each insurance. From what is known, four of the five insurances are in deficit.

In the budget, it can be seen that before a surplus there would be a general deficit of $ 2,093 million. The pension insurance has the largest deficit between income and expenditure with $ 1,752 million.

To cover the expenses, the IESS withdraws investments in the Biess to balance the numbers. (I)