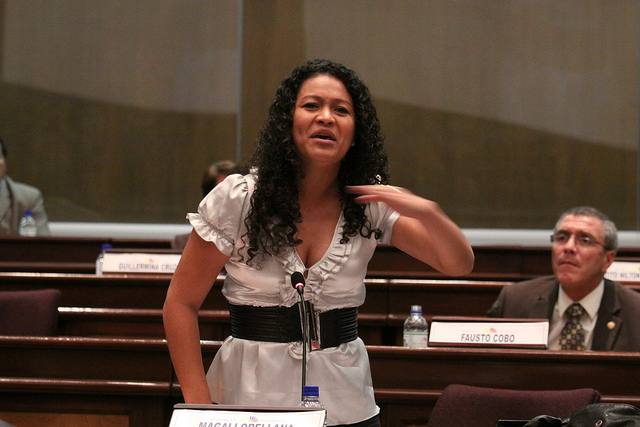 The Assembly specifies that the incident occurred on May 12, during the plenary session 387, when the Solidarity Act was being debated. It is indicated that Orellana, misusing the word, uttered several times “foul language” against Gabriela Rivadeneira, president of the legislative body.

Resolution CAL-2017-2015-150 states that the behavior of Orellana will be sanctioned with the temporary suspension in the performance of her duties, and will not receive her salary for thirty days.

This decision comes after the CAL analyzed the video of that meeting, assuring that the the actions of the Pachakutik Assemblyman are recorded in it.

In Macará it shall also apply commercial basket