Campana says that the economic plan will not raise the VAT 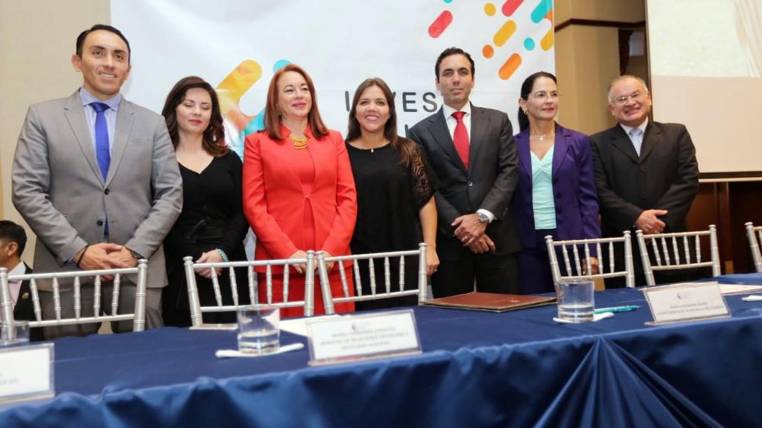 The business sector plans to meet with Minister Viteri to present her proposals. Two ministers are not in favor of raising taxes and tariffs.

There is still nothing definite. The preparation of the economic plan takes longer than expected and some ministers issue their position on possible economic measures, but clarify that President Lenin Moreno has the final say.

The Minister of Foreign Trade, Pablo Campana, said that the Value Added Tax (VAT) will not rise and there will be no “paquetazo”.

“There are rumors of subsidy elimination. There is no such. Discard rumors of VAT increase. It is not true (…) What is important is Monday to give a positive message to the nation, “said Campana.

The holder of Foreign Trade made these statements in Invest Ecuador, the event that brought together 50 companies from 12 countries, of which nine are investment banks and international financial funds.

Invest Ecuador 2018 presented 12 projects from different State portfolios, such as the industrial, energy and other sectors, for which a total of $ 14,000 million in investments is expected.

In the same event, the minister of Industries, Eva García, said that the economic plan will seek to provide a better environment for the productive sector to be more competitive. However, when asked about the increase in taxes, said that it is up to the Minister of Finance, María Elsa Viteri.

Meanwhile, the business sector plans to meet with Minister Viteri to present her proposals.

The Government will listen to the businessmen prior to the presentation of the economic plan. Richard Martinez, president of the Ecuadorian Business Committee (CEE), said they would meet with the authorities between yesterday and today to present their proposal.

Martinez assured that they recognize that the current problem that the Ecuadorian economy is going through is fiscal and for this reason the corrective measures must be applied to reduce the deficit, that is, the lack of income to cover public spending.

The CEE estimates that in this year the Government has financing needs close to $ 11,000 million. For this reason, Martinez said, one should seek to raise the debt ceiling in order to obtain financing to solve the immediate problems, through the World Bank and the International Monetary Fund (IMF).

“The urgency of the country leads us to think about the fiscal issue,” said the representative of the businessmen.

The proposals of employers to reduce deficit

Savings: Among the proposals are to renegotiate the debt with China, optimize the purchase of goods and services in the General State Budget. The paralyzed works that are executed through public-private partnerships.

Income: One of the options is to remove the ceiling of oil production to meet the commitment of the Organization of Petroleum Exporting Countries (OPEC). Also make a tax remission to raise $ 500 million.

Corruption: Another proposal is to recover the money lost due to corruption, for an amount of $ 1,008 million. It is also recommended to eliminate intermediaries in the sale of oil to obtain $ 1,120 million more. (I)