Ceaaces defends the evaluation of universities 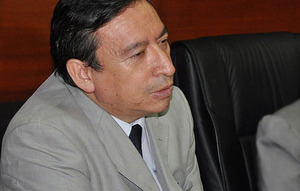 Francisco Cadena, president of the Council for Evaluation and Quality Assurance in Higher Education (Ceaaces) pointed out that “evaluation process must respected”, regarding the 54 universities that were rated before their category.

Cadena maintained that the criticism emerged since the Council revealed its report last Wednesday. He said that the document is the result of a multi-stage, including the delivery of information, site inspection, appeals and hearings.

He added that the last two were extended “until early November” because “most universities,” he did not say which ones, had requested a modification or extension of the investigation.

Cadena confirmed that some institutions even knew about “the evidence that we found,” since a preliminary report was delivered in July. However, some local managers have questioned the final report by the qualified parameters.

In this regard, the leader of the regime Rafael Correa said last Saturday that some universities would be demoted in the new evaluation because the assessments have raised the level of demand and confirmed that the goal is to improve the quality of higher education to bring it to international standards.