Chaos in French Transportation Systems Due To Union Strikes 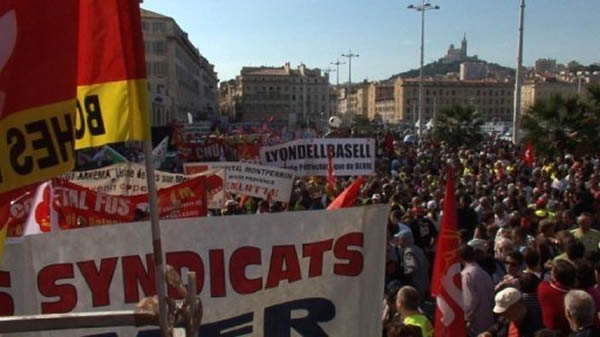 The Public Transportation System, Airports, Railways, and metro Stations are seriously affected all over France due to a massive protest organized by Unions against the reforms on the Retirement Law, which extends in 2 years the legal age to retire, from 60 to 62 years old, and from 65 to 67 years old to those who didn’t work full time.

The State Railway Company predicts the circulation of only the half of the high-speed trains inside the country, although the International traffic of trains towards Great Britain, Belgium, Netherlands, Switzerland, and Germany will be almost normal. On metro stations, only half or three quarters of all trains were working. According to Civil Aviation Authority, 50% of the flights in the Orly Airport and only 40% in the Charles de Gaulle Airport will be working normally. In addition, 83 flights that were flying from and to other French Airports, and 235 that were flying between European countries have been cancelled.

The Law Project, which will reach the Senate this Thursday, could become official by the end of October. In case the Bill doesn’t get approved, the actual Retirement Payment will have a deficit of $63,500,000,000 on 2020.

Over 230 marches have been convened all over the country. The biggest one, in Paris, is going to take place this Thursday afternoon. According to statistics, 63% of the French population supports the protests, and companies both in the Private and Public Sector have expressed their advocacy, such as France Telecom, among others.

“This Law is very unfair especially for women because they’ve worked part-time or have made less money on their jobs. They will have to work until they’re 67 years old and will be penalized to get their complete retirement pension.”, Charles Pellotiere, leader of the CFDT Union explains.