Last Tuesday, about 15,000 Chilean students marched again in Santiago, Chile’s capital, against the education reform promoted by the Government of the Socialist Michelle Bachelet, which they consider inadequate and unrepresentative.

The president of the Student Federation of Chile (Fech), Melissa Sepulveda, said the student movement will not accept a “disguise on the educational model.” “Us students are not going to make the same mistakes, we are not willing to sit down with no guarantees to try to validate an educational reform that is already underway,” she said.

The Government sent the Congress the first bills aimed at reforming the Chilean education, focusing on the end of the copayment by local parents on institutions that receive state subsidies; as well as the elimination of profit and selection processes in all schools.

However, students are unhappy with these initiatives, among other reasons, because they have been designed at their backs and that do not dramatically break the current model. “They want to make a reform in 100 days without listening to anybody,” said Naschla Aburman, president of the Federation of Catholic University Students (Feuc). “Unless the education market is eliminated, we will not have real change,” said Lorenza Soto, spokesman for the Coordinator Assembly of High School Students (Aces). 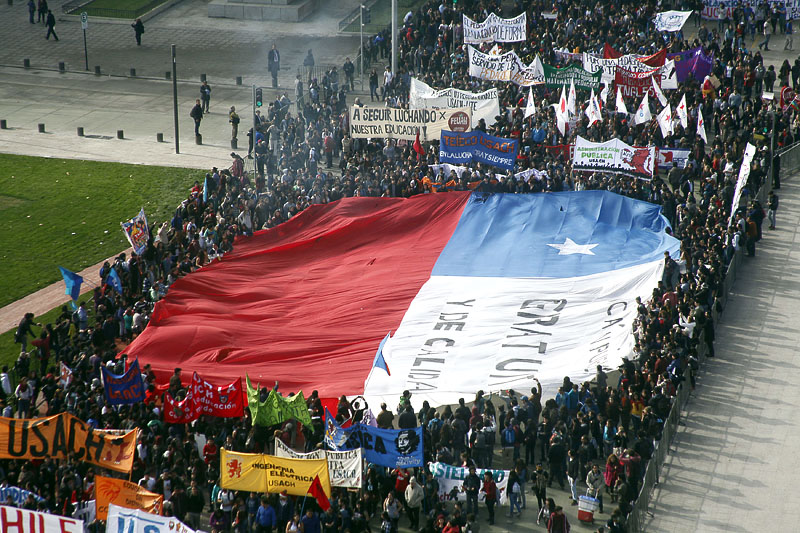 Thousands of Chilean students march against the education reform.