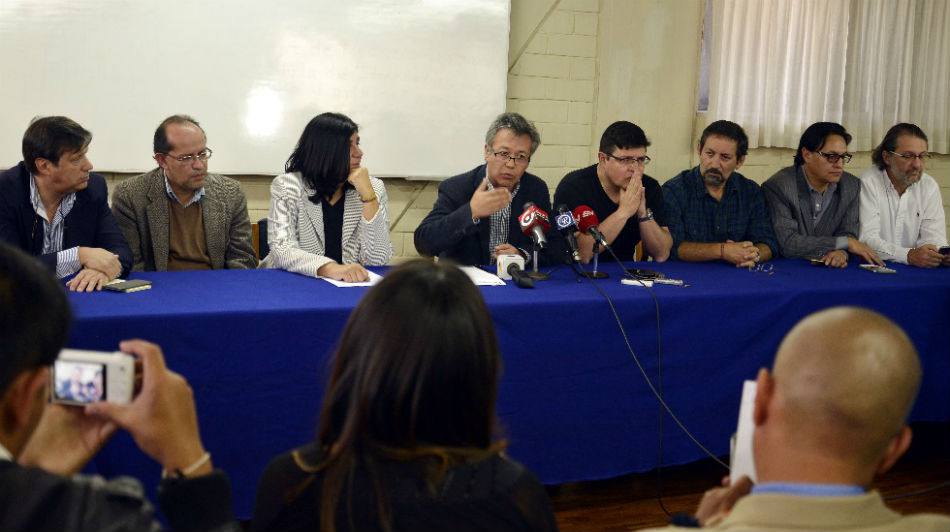 Bringing the “Ecuador case” to human rights organizations abroad, is the aim of journalists and politicians whose digital platforms of opinion and news received alleged ‘cyber attacks’ in recent days, or the government of Ecuador sued them claiming for author´s rights.

Thursday at the headquarters of the National Union of Journalists met journalists of the 4pelagatos.com website Jose Hernandez, Martin Pallares and Roberto Aguilar; Juan Carlos Calderon of the Plan V website; Alfonso Perez of the Ecuadorenvivo website; and politician Martha Roldos, of the Mil Hojas website; and Fernando Villavicencio, of Focus Ecuador, with a claim in common: their websites were cyber attacked.

Villavicencio published on its website the investigation ‘Major oil contracts,’ related to the former manager of Petroecuador, Alex Bravo, and the former Minister of Hydrocarbons, Carlos Pareja Yanuzzelli, and it was attacked. He recounted that he “filled with terror” noting that his Twitter account was visited by 30,000 users in Russia.

This report was replicated in Plan V and Mil Hojas, and were also attacked. Calderon explained that this is called ‘denial of access’ and exemplified that his server accepts between 60 and 100 access requests per second, but the attack exceeded “the 400 orders per second, only robots can do that,” he said.