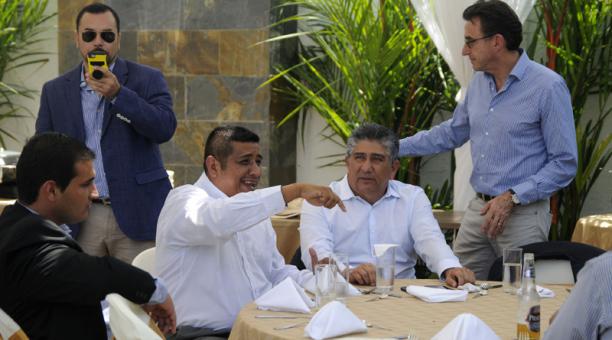 Michell Deller and Esteban Paz were the first to arrive at the Hilton Colón Hotel, for the meeting that was held with the applicants. Both managers were optimistic about the results of the meeting.

The meeting to receive the offers was made in the Santa Cruz room, and lasted about two and a half hours. The bidders were attended one by one, who presented the documentation to support their economic proposal.

José Guerrero, financial manager of Teleamazonas, was the first to leave the building, after presenting his offer. Meanwhile, José Antonio Cárdenas, from DirecTV, and Ronald Spina, from TVCable, were talking at the hotel reception.

Cárdenas said they submitted a joint proposal. “We believe it is the best, all offers have their pros and cons. We adjust it to the requirements set by the clubs, which are doing a good job. ”

This newspaper knew the proposals presented by the companies. Fox Sports International offered USD 302 million, with the broadcast of a championship match for all of Latin America; DirecTV, associated with TV Cable and Univisa, maintained the proposal of USD 432 million; the television station Teleamazonas offered USD 302 million and GolTV sent a letter in which it said that “the contract belonged to him”. 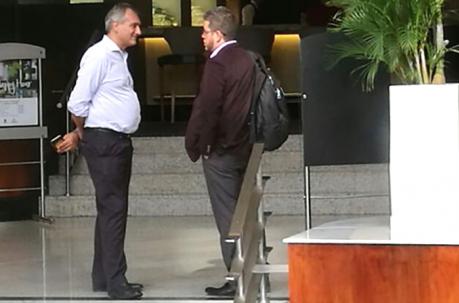 After the departure of the representatives of the interested companies, the members of the commission stayed together to structure the report that will be delivered on Tuesday, March 27, 2018 to the presidents of the clubs of series A and B.

The Club Commission received the proposals of the signatures in writing. The annual base requested by the teams is USD 25 million for each of the 10 years that the contract will last. To that is added the annual increase of 5%.

Within the requirements was established once the base annual income is covered, the awardee will have to distribute the surplus.

The companies interested in adjudicating the audiovisual rights of the Championship had to have a “guarantee of seriousness of offer”, established in USD 1.5 million. This was decided by the members of the Clubs’ Negotiating Committee, which was formed last week in Manta. 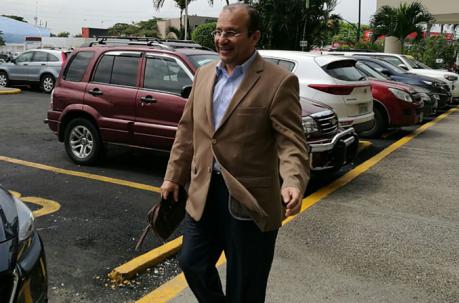 The guarantee had to be presented through policies or bank letters and be returned immediately to the non-favored companies. This was stated by the lawyer Roosevelt Cedeño, who was at the meeting with the interested firms, to establish the parameters of the new negotiation process.

“Companies could propose less money, accompanied by benefits. It will depend on the presidents of the clubs to choose the best option, “said Cedeño.

“Fox Sports presented us with the project they have in Argentina, Colombia and Peru. Fox would have a premium channel for Ecuadorian soccer. For now they have an office in Quito, “said manabita director.

The details of the negotiations will be exposed in the report that will be delivered today, at 2:00 p.m., to the presidents of the clubs. It is they who will define what is the best option, this afternoon. His intention is to sign the new contract until this Friday.

During the last meeting, Esteban Paz, from Liga de Quito, said that they are looking for a serious business model, which is sustained in the medium term. For that reason the agreement will be signed for the next 10 years.

“We want a strategic partner, who works with us, not a firm that signs today and we see it again in 10 years,” said the executive of the albo group.

Juan Alfredo Cuentas, of Barcelona Sporting Club, ratified that the model that pleases them most is the one posed by GolTV. What they are looking for are fixed incomes, added to the variable amounts and to an annual percentage growth. (I)