CNE provides the results to five days after election 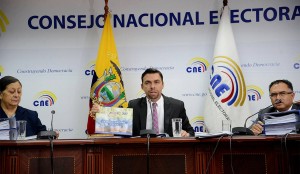 The call for elections to elect the president and vice-president, 137 national, provincial, district and outside assembly members, and five Andean Parliamentarians will take place on 18th of October; from that date candidates can register until 18 November.