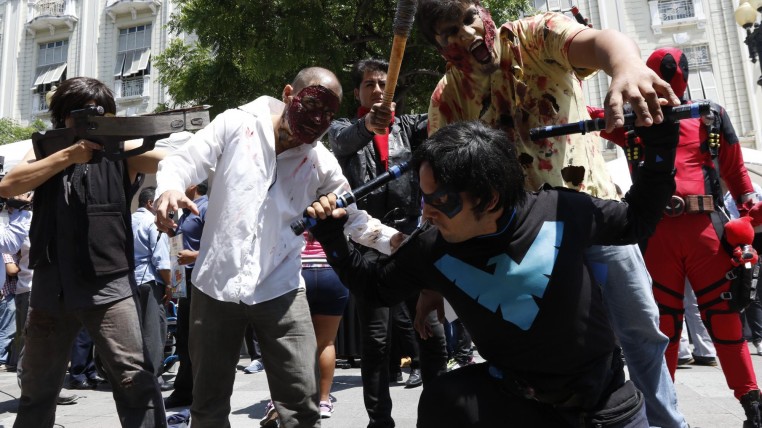 In the City Hall meanwhile, Gloria Gallardo, president of the Municipal Company of Tourism and Civic Promotion, and Fernando Flores, director of Comic Con Ecuador, discuss the details of the event, which hopes to gather this year about 25,000 visitors.

Gallardo anticipated that they already planned an upcoming convention and this will be part of the official agenda of activities of the city.

“Comic books have a large number of fans of all ages. It is a global event, which is considered the largest convention of pop culture. We want to have un Guayaquil an event of international level and we are confident that it will grow every year,” she said.

The event will include the participation of actors, sculptors and artists of comics, including twenty international guests, like two Power Rangers (David Yost and Walter Emanuel Jones), actor of Mexican dubbing Alfonso Obregon and cartoonists Renato Guedes, Rafael Albuquerque and Tehani Farr.

The event will be held at the Convention Center of Guayaquil and will cost $ 7 per person. However, it will also be an opportunity for solidarity.