commissioner who is against impunity gave a talk in Guayaquil 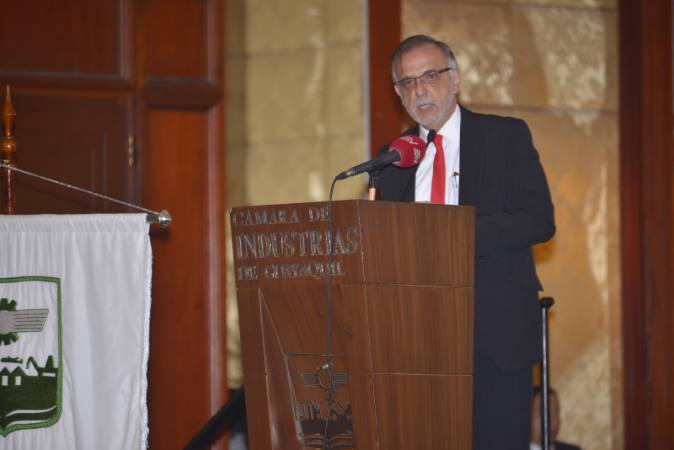 “A country truly committed to the fight against corruption must initiate the fight against judicial corruption, because justice is the first thing that these criminal structures co-opt,” said yesterday Iván Velásquez Gómez, commissioned by the United Nations against impunity in Guatemala ( Cicig), during a discussion organized by the Chamber of Industries.

The case of customs fraud called “The line” of 2015 in which the private secretary of the vice president of Guatemala was involved and that led days later in the forced resignation of the civil servant and later of the president of the Republic was part of the experiences that the Colombian commissioner shared with businessmen, journalists, jurists, teachers and others.

Today, the former leaders are held to trials and accused for this customs fraud in which another 25 employees are also involved.

He said that when CICIG started a research program in 2014, corruption was “rather supported” in Guatemala. But after the scandal there was a reaction of indignation of the citizenship that began to express itself in the streets demanding fight against corruption, but also legal reforms.

Velásquez, who preferred not to pronounce on the proposal of the referendum as part of the fight against corruption initiated by the Ecuadorian Government, said in a general way that it is indispensable that in the fight against this evil the illicitly acquired property be recovered by the State.

“To have a penalty no matter how high it is with the security that when leaving prison you will be able to enjoy all the money obtained illicitly, it seems that you do not properly discourage the corrupt or mean a real social incentive in the fight against corruption”, he mentioned.

In the event there was also the intervention of Richard Martinez, president of the Ecuadorian Business Committee, who reported on the initiatives taken by the private sector and the experiences shared with other countries in the fight against corruption.

Then the signing for the formation of the private Council for transparency with the representatives of the Chambers of Commerce, Tourism, Industries, Construction, Agriculture and Production was made. (I)