The scarcity and high prices of urea, due to the war in Ukraine and other disruptions, have led some maize growers to migrate to cocoa cultivation. 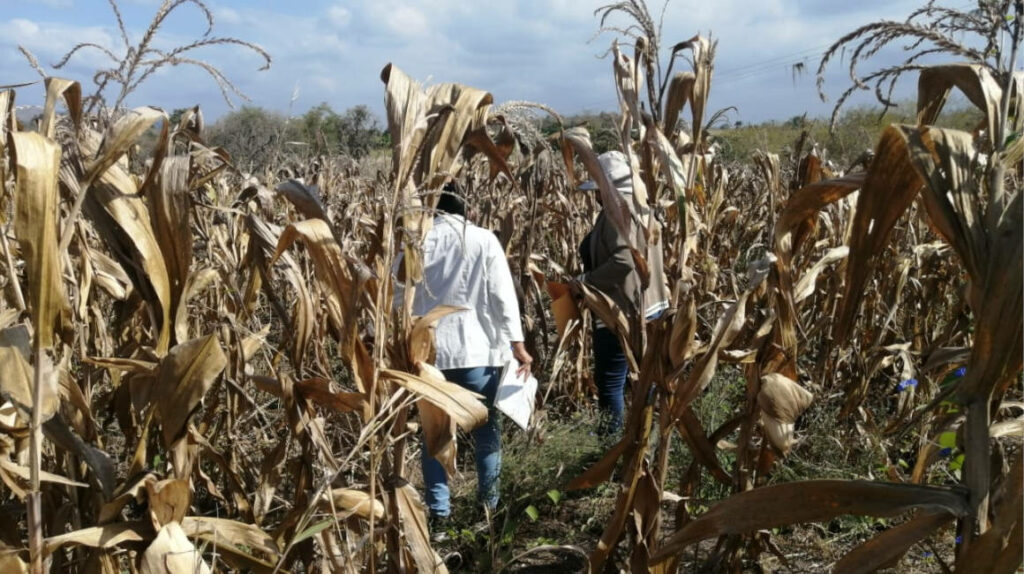 Technicians from the Ministry of Agriculture carry out the collection of information on objective yields in corn crops, in July 2021.

Corn production in Ecuador showed good results in 2021, with 1.6 million metric tons in  373,587 hectares , according to the Espac Survey.

A scenario that will not be repeated in 2022, because corn production may fall by up to 35%, to reach just 1.1 million metric tons.

The decrease is due to three factors:

If the national production of hard corn falls as expected, the prices of eggs and chicken meat could increase between 7% and 16% , says Juan Francisco Jaramillo, project coordinator of the National Corporation of Poultry Farmers of Ecuador (Conave ).

Jaramillo adds that, for now, the cost overruns have been assumed by the poultry producers, who have reduced their profit margin.

But, a larger increase in production costs could be passed on to consumers , in case no measures are taken to avoid a drop in corn production.

The seven plagues together

So far in 2022, the first factor that has influenced the low yield of the corn harvest is the decrease in the use of fertilizers and agrochemicals in crops.

The prices of fertilizers, such as urea, have been in the world due to the logistics crisis triggered by the Covid pandemic and, later, by the disruption caused by Russia’s invasion of Ukraine.

Russia and Ukraine are major producers of urea, which is a powerful fertilizer and improves crop yields.

The average price of a ton of imported urea reached USD 1,006 in March 2022, which is equivalent to an increase of 138% compared to the same month in 2021, according to the Central Bank.

The scarcity of agrochemicals has led to a greater vulnerability of plantations to pests.

Now the corn sector is facing the so-called ‘asphalt stain’ , a disease caused by the interaction of three fungi.

The pest feeds on the sugar in the corn plants, causing their death and the loss of the crops.

Alternatives in other crops

In this context, there are corn producers who have decided to migrate to other crops with better yields , such as cocoa.

“This year there are farmers who are replacing the sowing of corn, with a short cycle, for cocoa, which is a permanent cycle,” explains Jorge Josse, director of the Association of Producers of Balanced Foods (Aprobal).

Cocoa has positioned itself as an attractive crop due to its price , which exceeds USD 2,500 per ton in the international market. Also due to the appearance of pest-resistant varieties with high productivity, such as the CCN-51 hybrid cocoa.

Another sign of the sector’s growth is that new cocoa processing plants have opened in the country.

This is the case of the Barry Callebaut group , one of the main manufacturers of quality cocoa and chocolate in the world. Its buyers include Nestlé and The Hershey Company.

On May 31, 2022, Barry Callebaut inaugurated its Taycan cocoa drying, processing and export plant in the province of Guayas.

According to four unions in the animal protein production chain, the decrease in corn cultivation has caused some intermediaries and merchants to monopolize this raw material and push its price up.

“Ecuador’s food security is threatened by uncontrolled speculation of this important raw material for feeding poultry and pigs ,” says a statement signed by various unions such as:

The concern of the four guilds responds to the fact that 55% of the animal feed is made from corn . The remaining 35% corresponds to soy flour.

The reduction in production, in a country that is deficient in corn, and the alleged hoarding have led to an increase in price, which has reached USD 22 per quintal.

This exceeds by 41% the minimum support price received by the corn producer, which is USD 15.57 per quintal.

In this context, the members of the animal feed chain ask the government to authorize the import of 450,000 tons of corn until March 2022.

González: No Ecuadorian can buy the Banco del Pacífico