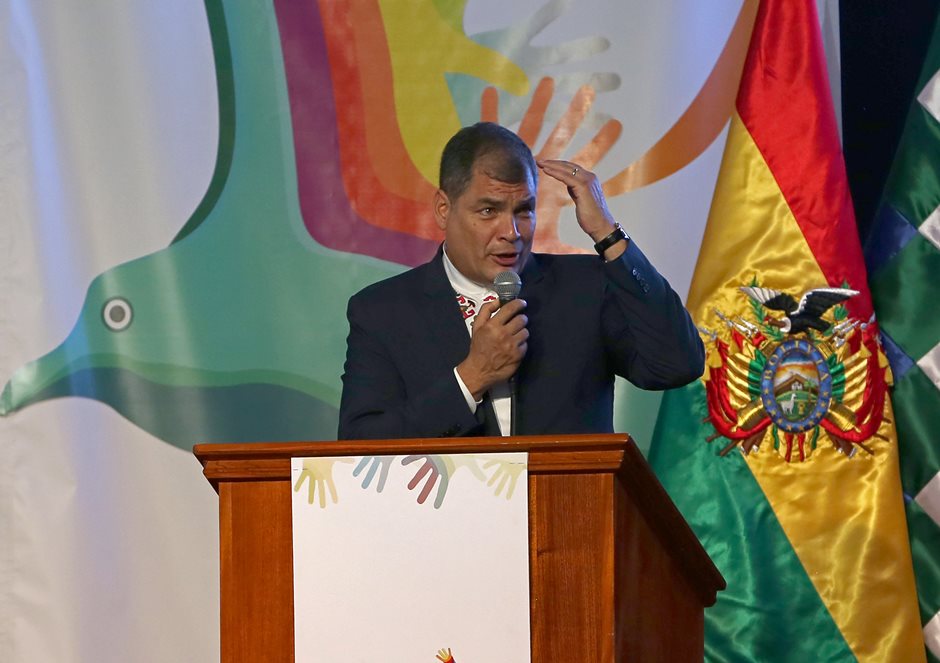 On the morning of Tuesday, September 12, 2017, the national director of the Unidad Popular party Geovanny Atarihuana filed a criminal suit against former president Rafael Correa for influence peddling in the justice system.

“He (Correa) as a president put his hands in the justice system, he committed an offense that is stated in the integral criminal code as influence peddling,” Atarihuana told reporters.

“There are dozens of cases like that of Bosco Wisum, Los Diez de Luluncoto and several persecuted politicians in this country,” he said.

Besides, “the leaked emails have confirmed what the Ecuadorian people knew a long time ago, that Rafael Correa directed the Judicial Council, the Attorney General´s office, and sentenced people in his weekly addresses, he added.

The core of his complaint is related to what happened to Mery Zamora, “sentenced in two instances to eight years in prison for the caprice and hatred of Rafael Correa,” he said.

After being declared innocent by the “National Court of Justice, the president ordered former Attorney General Galo Chiriboga to file an extraordinary appeal in the Constitutional Court during his weekly address; on Monday Galo Chiriboga obediently did it,” he said.

For this reason, he will ask current Attorney General Carlos Baca to start a “preliminary inquiry to punish the crime of influence peddling,” which is punished with three to five years in prison. (I)