Correa´s party in a tight spot for corruption 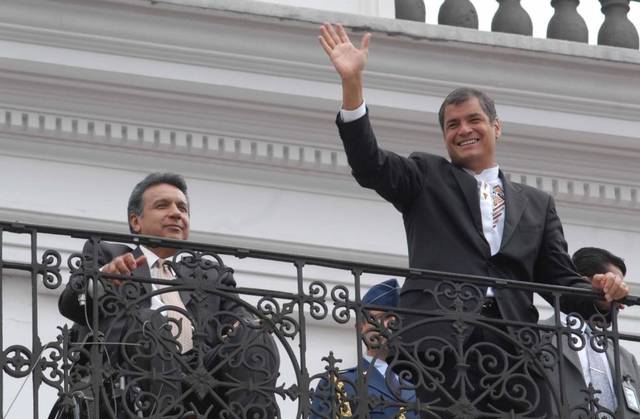 The Government of Rafael Correa has characteristics that frame it in the model of dictatorships disguised as democracies, with no independence of public powers. Corruption complaints do not touch the highest government officials.
Journalist Fernando Villavicencio granted the New Herald an interview from the clandestinity. He is accused of revealing confidential information, for uncovering a vast network of corruption through a website called Focus.

Weeks after his information was released, President Correa asked the Attorney General for a criminal trial against him and from that time an arrest warrant was issued. The denunciation of this journalist has propped up the loss of prestige of a corrupt and not so prosperous management by the fall of oil prices.

“The most severe case of corruption revealed in 10 years was done by Focus and myself in April 2016. It involves a massive corruption in the contracts signed for the repowering of the state-owned Esmeraldas refinery. A project that started 10 years ago, in 2007, with an initial cost of $ 187 million, and after almost a decade the country has paid an invoice of $ 2.200 million,” he says.

According to Villavicencio, about 20 people are accused of the facts, from the former Minister of Hydrocarbons, Carlos Pareja Yannuzzelli, who has an arrest warrant and is apparently in the United States, to private contractors linked to companies such as Ramiro Luque and Marianela Meza,” who are in Miami and are fugitives,” he states.

“They have just issued an arrest warrant against Carlos ‘Charlie’ Cordero Pareja, who is also a fugitive in Peru. There is a chain of suspects for various crimes such as money laundering, bribery, influence peddling and embezzlement,” by the complaint filed by Focus and Fernando Villavicencio on irregularities in contracts within Petroecuador.

From clandestinity, the journalist reports that of the $ 2 billion, small amounts have been discovered thanks to the contribution of Panama and other countries, in offshore bank accounts of Alex Bravo, Carlos Pareja Yannuzzelli, and contractors of Petroecuador, but the large sums of money still do not appear. The fate of $ 13 million would hardly have been identified.

But the question arises if there are arrest warrants, complicity on the part of the president and his closest circle could be denounced? Villavicencio says precisely that Focus’s investigations lead to Correa and vice president Jorge Glas (current candidate for the same position), who according to analysts would be the power behind the throne of the presidential hopeful for Alianza PAIS party, Lenin Moreno.