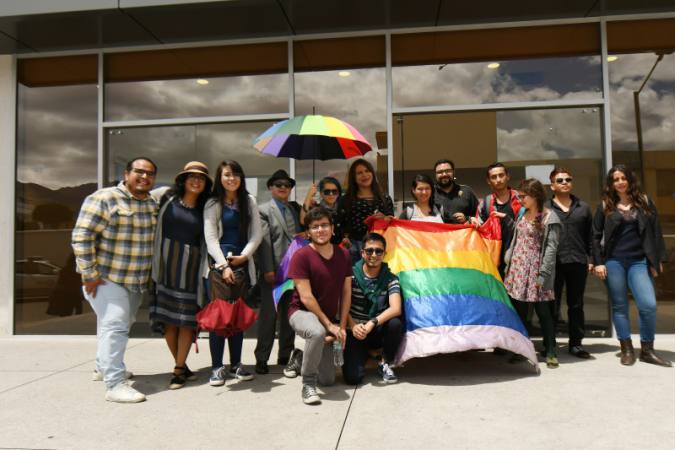 After a six-hour hearing and two-hour deliberation, the Quito Criminal Court of Justice did not accept the precautionary measures filed by GLBTI groups (Gays, Lesbians, Bisexuals, Transgender, and Intersexuals) against the Ecuadorian Episcopal Conference and religious organizations.  Instead, the court convened a new protective action hearing for next Wednesday at 08:00.

The petitioners filed an action to prevent the march entitled  Do not mess with my children,” which was held on October 14.

Under this argument, the court acknowledged that it could not resolve it as the march is “already a fait accompli.”

Cinthya Carrasco, the defendant of activists Iván Carranza, Cayetana Salamanca and Michael Fuentes requested a measure to defend their rights as the campaign ‘Do not mess with my children,’ creates “an atmosphere of hostility with hateful comments.”

She denounced that members of the community have received threats to their integrity, reason why they also request State protection.

Braulio Álvarez, a lawyer of the EEC, said that the mobilization was a fait accompli, but now “they see where tolerance comes from.” “Do not we have the right to express ourselves? They clearly intend to impose their opinion,” he questioned. (I)

114 “guaguacentros” are operational in Quito