History repeats itself in the case of Freddy Mora and the body of his grandmother, Flor Cabal . He searched for her for six days. On Saturday, April 4, she was informed that her grandmother would be buried that same day. 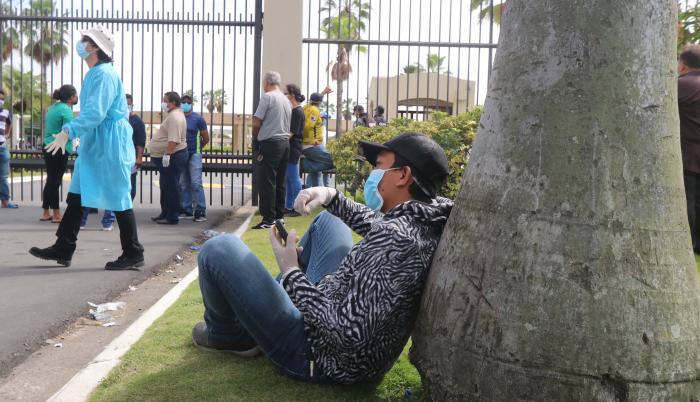 Flor was admitted to the hospital on Thursday, March 26, and died on Friday, March 27. On Saturday, “looking for a contact from the friend of the friend, we learned that my grandmother had died. From that moment, the procedures began, “he said.

Freddy stood in line for five hours to deliver the papers to the cemetery and was told they would call him to give him an appointment. “It was for Wednesday, April 1, at 2:00 pm. But it was useless, because they did not know where the body was. Three days later they located him. ”

Freddy had paid vaults. However, his grandmother now occupies a space that should have been for those who do not have the money to cover the burial expenses.

Freddy paid $ 1,400 for the box and services in the cemetery and they have told him that now that money paid is left for another situation that needs it.

Ileana has questions for the authorities: Why was her mother’s body taken away, if the 24 hours had not yet been completed? Why didn’t they call to announce the death? Why did they not point out that in their case they had a funeral home and space in a cemetery?

Freddy urges the Government to create a logistics that respects biosecurity measures, but “do not override the right that every human being has, to bury his family member and be present.”

On Thursday, April 2, Diario EXPRESO consulted the governor of Guayas, Pedro Pablo Duart, about the relatives who cannot find the bodies of the relatives who had died in the hospital. He replied that the person who should respond was Jorge Wated , in charge of organizing the collection of the bodies of the people who die these days. That same day the questions were sent and this Sunday, April 5, the responsibility is delimited: “It is an issue that hospitals must answer for.”