COVID-19: The daily positivity of cases rises to 54.32% in Ecuador, one of the highest registered in the pandemic so far

The latest report of new cases of COVID-19 prepared by the Ministry of Public Health (MSP) reveals that only last Monday there were 4,253 infections throughout the country, with a positivity of 54.32% of the samples taken on that date. 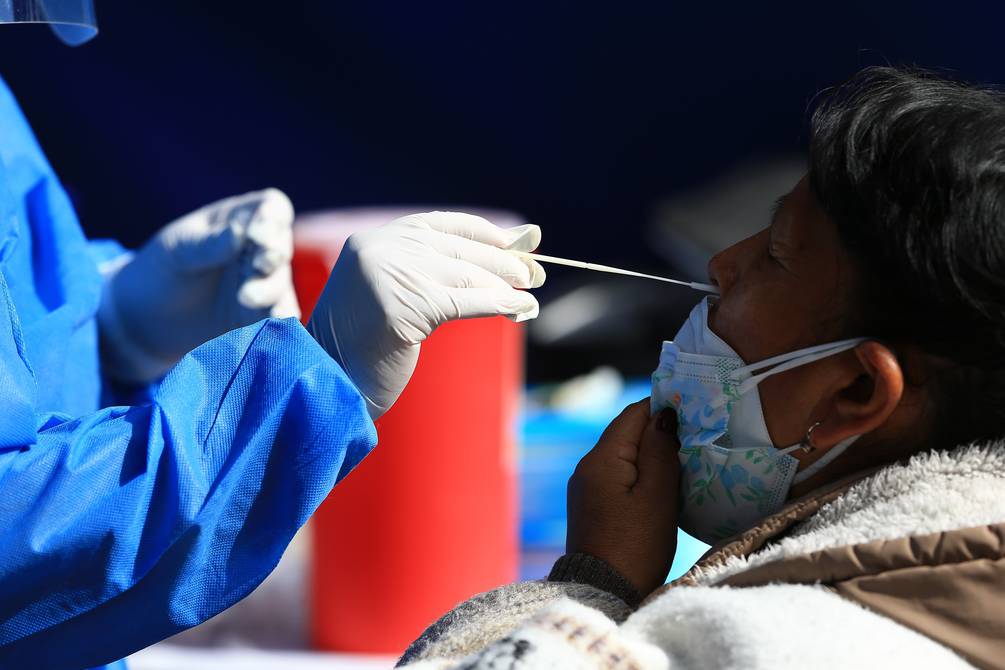 A person performs a PCR test for the detection of COVID-19, at the facilities of the Prefecture of Pichincha, in Quito (Ecuador).

After an analysis carried out by this newspaper to the recent report, it can be observed that last Monday a total of 7,829 tests were processed, of which 4,253 were positive, which represents a daily positivity of 54.32%, one of the most highs registered so far in the pandemic in the country.

In almost all the country’s provinces, the positivity of the tests increased at the end of 2021. In the case of Guayas, the positivity in the week of Christmas (December 19 to 25) was 21% and in the New Year (26 December to January 1) rose to 30%.

The positivity in RT-PCR tests throughout the country has been increasing until reaching 38% in the week of January 2 to 8, that is, out of every 100 samples, 38 came out with the confirmed virus, although there are pending results by enter the MSP Epidemiological Surveillance System, which could make that percentage increase further; a month ago the positivity was only 14%.

The positivity in antigen tests throughout the country has also had a significant increase, reaching 53% in the week of January 2 to 8, that is, of every 100 samples, 53 were confirmed with the virus, although there is evidence pending to enter the MSP Epidemiological Surveillance System, which could make that percentage rise more; a month ago the positivity was also only 14%.

Until last January 10, the distribution percentage of the 578,525 total cases by age range was:

In the ranges between 10 and 14 years old, between 15 and 19 years old and between 20 and 49 years old, there were more people who sought medical attention in the centers of the public health network between January 2 and 8 last year. , compared to the last week of December. In the first case, the attentions went up from 210 to 215; in the second age range, they went from 515 to 566; and in the third, they increased from 6,049 to 6,789.

However, during the first week of this month, this medical care decreased in the remaining age ranges, the most considerable decreases being between 1 and 4 years (from 105 to 55) and among those aged 65 and over (697 to 515).