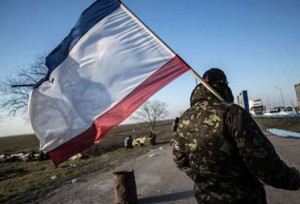 Crimea’s parliament approved today, March 11, the declaration of independence of said city, a situation that occurs prior to the referendum on Sunday.

Legislators, in the Declaration on the Independence of Crimea and Sevastopol, said that after the referendum, with 78 votes in favor out of 81 total, “will be born the Republic of Crimea, which is a state of the Russian Federation.”

In response to this situation, the dismissed president of Ukraine, Viktor Yanukovych, warned that he is the only “legitimate” president.

While the Interim President of Ukraine Olexandr Turcinov said that Kiev will create a National Guard with former volunteers of the armed forces, with the goal of “defending citizens from criminals and from external and internal aggressions.”