Criminal responsibilities for 5 buildings of Yachay 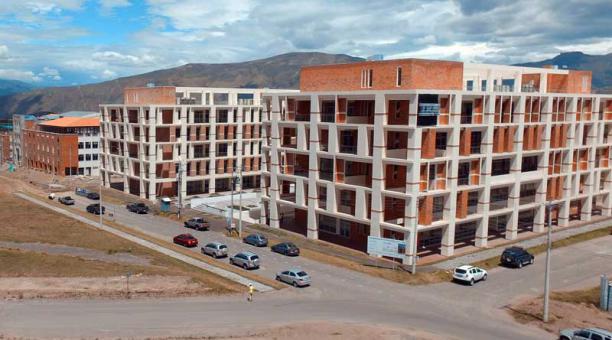 The Office of the Comptroller General of the State determined criminal liability against ex authorities of the public company Yachay EP, who held executive positions in the government of Rafael Correa.

Among those responsible is the former general manager of Yachay EP Héctor Rodríguez, as well as other ex-managers and former directors.

The report with indications of criminal responsibility (IRP) was already sent to the Prosecutor’s Office this week, so that a new investigation, this time of a criminal nature, is initiated in order to establish sanctions.

The audit of the control entity was carried out on the construction of the five buildings that remain for the most part in gray work, abandoned since 2015, due to lack of resources and technical failures.

According to the current general manager, Jorge Martínez, four of the five buildings will be rehabilitated: the so-called TT1 and TT2 (technology transfer), one for classrooms and another for the auditorium and the university canteen. The fifth, of laboratories, could be overthrown.

The report with criminal indications states that these constructions were built without plans or permits from the Municipality of Urcuquí (Imbabura); in addition, that “increments in work volumes and new items were executed and planned, without prior subscription of change and work orders, and without budgetary availability”.

The main observation is the structural failures: “The presence of deflections and fissures in several bays of slabs and several beams of the 5 buildings was evidenced, even though the structures have not yet received the total dead loads nor the expected live load in the different floors, “says the document.

Similarly, the document reveals the exchange of trades in order to provide “the appropriate measures to safeguard the physical integrity of the occupants of these buildings and their equipment.”  (I)

40 Million dollars invested the State in the construction of 5 buildings of the campus of Yachay.