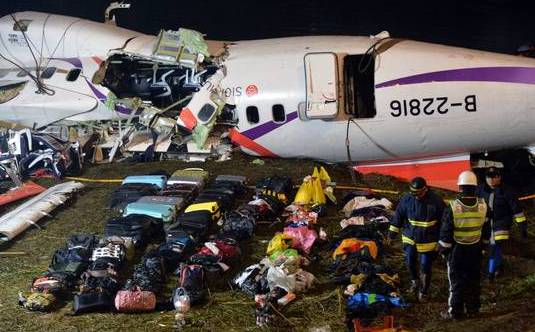 The death toll increased to 32 after the accident of a plane of the Taiwanese airlines TransAsia, occurred on Wednesday in Taipei, where in addition, 12 people are still being sought by rescue teams and services.

Rescue operations were not interrupted throughout the night, with the participation of 20 troops and 40 submariners, and more participants from dawn.

The bodies of the pilot Liao Chien-tsung, copilot Liu Tzu-chung and Flight Engineer Hung Ping-chung, were found around Wednesday midnight, and after sunrise a corpse was recovered from the river.

The Aviation Safety Council of Taiwan announced on Wednesday that Chinese experts will participate in the accident investigation in the province of Fujian.

The ship crashed into the river after losing height for unknown reasons and hitting a viaduct, few minutes after taking off with direction to the Kinmen island, a few kilometers from the Chinese coast.

So far, the reasons of the incident, which occurred in an urban area, under favorable climatic conditions, with an aircraft built less than a year ago and a pilot with more than 4,900 flying hours, remain unknown.

Mexico will work to create Law on enforced disappearance for June