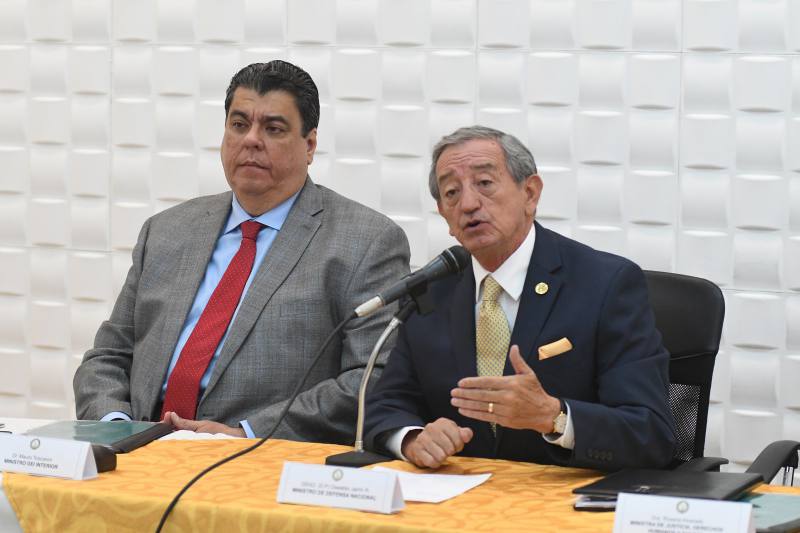 Contrary to the version given by the Colombian authorities, on Thursday the Ecuadorian Minister of Defense, Oswaldo Jarrín, assured that the capture and kidnapping of El Comercio’s journalistic team was not in Ecuador.

“You say it, but it’s not like that,” Jarrin responded to a question from Jules Giraudat, a ForbiddenStories communicator, who reminded him that so far it has been maintained that the journalists were captured and kidnapped in Ecuador.

The official recalled that the investigation is carried out in another country and that Ecuador provided the facilities and formed a commission of Intelligence, Justice, Human Rights, Ombudsman and others that correspond to move from Colombia to Ecuador the bodies. “I think that says it all,” he concluded.

Two hours later, on behalf of the relatives of the assassinated journalist team, Ricardo Rivas, Paul’s brother, and his partner, Yadira Aguagallo, asked the minister to clarify why he maintains that the team was not kidnapped in the national territory.

He recalled that the first time that the former Minister of the Interior César Navas spoke about the case in the facilities of the ECU-911 said that the kidnapping occurred in Ecuador on March 26.

Rivas said that if Jarrín has different information, they would like him to deliver it to the Prosecutor’s Office so that the corresponding investigation can be done.

Later, Angulo gave them to the front Oliver Sinisterra, commanded by Walter Arizala, alias ‘Guacho’, a former FARC guerrilla who broke away from the peace agreement that disarmed and transformed into a party the former communist guerrilla.

Aguagallo recalled that next week the special follow-up team of the Inter-American Commission on Human Rights of the Organization of American States (OAS) arrives in the country and the first activity proposed by the relatives is the delivery of the information that the Executive declassified for family members. “We are anxious to open the file related to the Ministry of Defense in which, evidently, the statements made by Minister Jarrin should be recorded,” he said.

The bodies of Javier Ortega, Paúl Rivas and Efraín Segarra returned to Ecuador on June 27. The murder was announced by President Lenin Moreno on April 13.

The relatives of the murdered expressed on Thursday that a sit-in was organized for this Saturday the 21st, at 3:00 p.m. at the El Arbolito park, to state that the disappearance should not be normalized and because they believe that the kidnapped should not be forgotten nor the violence in the border area with Colombia.

Second Corporal Wilson Ilaquiche continues in a condition of disappeared and, according to the laws, there is no way to follow any instruction until it appears and cannot follow an investigation more than corresponds to military performance. The corporal committed indiscipline, irresponsibility, violation of regulations and that is a serious fault for the military courts, since his disappearance is “absolutely personal,” said Minister Oswaldo Jarrin. (I)

After evaluation of the National Electoral Council, the model for electoral entity is questioned