Deontological rules for communication are maintained in the Law 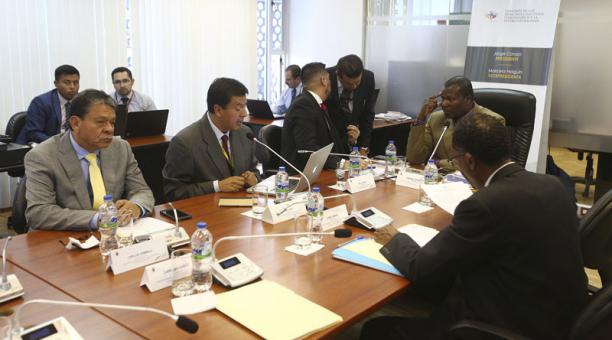 Article 10 of the Organic Law of Communication (LOC) is maintained. The regulations establish ethical and deontological standards that journalists and media should follow in their professional practice.

As of today, Monday, July 9, 2018, the Collective Rights Commission of the Assembly has analyzed and voted on the first 20 articles of the LOC. Among them, it was decided to maintain the deontological norms established by law.

This reform, which would be part of the first reform report that would go to the Plenary, is divided into four axes.

The first refers to the norms referring to human dignity, then the ones related to the priority attention groups are presented, in third place are those related to professional practice and finally, the practices of the social communication media are considered.

Saaida Sánchez, director of the Office of the United Nations Educational Organization, yesterday attended the Commission. There he exposed several of the articles proposed in the Law and in the different reforms that were presented to the Commission, conflict with international standards.

Among these rules is to maintain within a law the ethical and deontological norms that should be exercised within each media, according to Sánchez’s exposition. “It is presumed that the media sustain their in those specific codes. They cannot be expressed with vague or generic terms, “said the representative in his speech.

For the legislator Jeannine Cruz, of the Creo movement, the media and journalists must have an ethical act within their behavior. However, it considers that this cannot be regulated in a Law since the State can use these articles subjectively to seek sanctions at some point and use it in a judicial process.

Although there are differences with the original text, the first draft establishes 11 literals in the ethical standards dedicated to professional practice. For example, it states that journalists must respect the constitutional presuppositions of contextualization and comparison of information.

Also, they must refrain from intentionally omitting and misrepresenting elements of the information or opinions disseminated, refraining from obtaining information or images with illicit methods or also preventing external pressures in the fulfillment of their office.

After Sánchez’s intervention, the legislators also listened to Ana María Acosta, representative of the El Churo Foundation. A group of 22 organizations presented their proposals. Among them, they emphasized that community media can exist in large cities through the representation of different sectors of the population and not only limited to rural sectors. (I)

The draft of the Port of Posorja will be 16.5 m deep