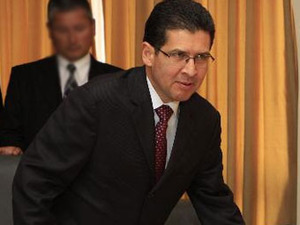 About $ 13, 5 million would be paid by the Ecuadorian State to compensate  27 former magistrates of the late Supreme Court, who were deposed  in 2004 by a legislative majority in favor of the former President Lucio Gutierrez.

Through a report carried out by the former judges, a complaint to the Inter-American Commission on Human Rights (IACHR) was issued. The document confirmed that their rights were violated and recommended their reinstatement or a justified compensation.

According to the Attorney General, Ecuador would cover an amount  between $ 400 and 500 000 for each former judge (three of them had already died), taking into consideration that the Ecuadorian State complied partially with the demand. The plaintiffs also asked that the state pay a compensation for moral damage due to the removal.

According to Diego Garcia, the state prosecutor, the former judges were for life, however the 2008 Constitution played down the effect of this legislation. For this reason the claims are taking into account  from the date of the deposition to the year of application of the new Constitution.