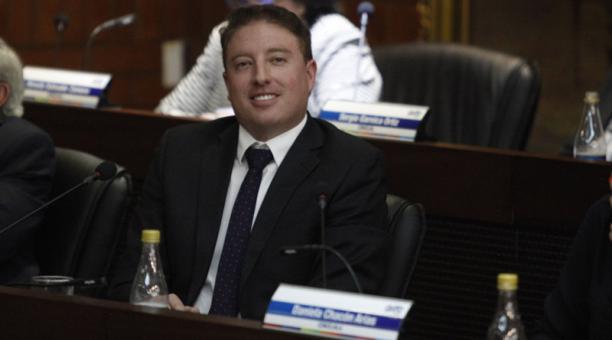 The judge of the First Judicial Unit of Contravention of Canton Quito, Maximo Ortega, determined on Monday 15 days of prison for the councilman and the current Deputy Mayor of Quito, Eduardo del Pozo, when they found him guilty for the offense of fourth category, for allegedly utter expressions in “discredit or dishonor” to the President of the Republic, Rafael Correa, during a radio interview.

The contravention hearing on Monday afternoon was installed, after the President´s lawyer, Caupolicán Ochoa, filed a lawsuit because of some statements that Del Pozo would have made during an interview in Sonorama radio, in Quito, on June 10. The diligence took almost two hours.

Apparently Del Pozo, member of CREO movement, when questioned by the interviewer about the ethical pact to candidates who have their money in tax havens responded: “Pacts have to be with the citizens, the true covenant is with the people, it is the people who want a radical change in the country, who disagree with the things that are happening. It’s unreal that they talk about ethical pact, they! who through certain pressures have won judgments and withdraw their resources without paying taxes, with sentences picked by finger, we might say, and get those resources to Belgium (…) “