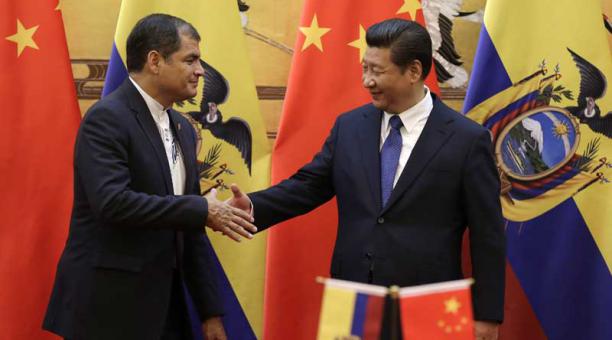 The President of Ecuador, Rafael Correa, signed with the President of China, Xi Jinping, an agreement establishing the mutual omission of tourism visas. Furthermore, eight agreements on investment, education, technology and cooperation were signed between the two countries.

In the framework of the state visit Correa is making this week to China, the two leaders agreed on the investment of several Chinese financial institutions for an amount of 5.296 million dollars in the Latin American country.

On the elimination of visas to Chinese tourists, it was indicated that it will be for 90 days when entering Ecuador. “We want to increase Chinese tourism in the country with this. In 2013 we had 12,000 Chinese tourists and in 2012 about 10 thousand and we hope there are many more,” said the Ecuadorian Ambassador to China, José Maria Borja.

In addition, the agreement exemption from the visa for Ecuadorian tourists in China is contemplated for 30 days. The agreement also seeks to establish direct air routes between Ecuador and China in the future.

CNE with its new councilors will appoint its president