Ecuador aims at the capital market to seek financing 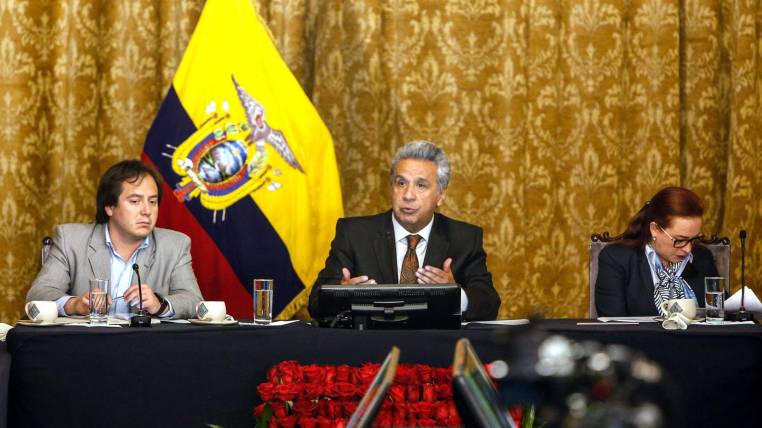 Ecuador will continue to resort to the capital market during this year and is talking with multilateral organizations to obtain resources that will allow it to finance its economy, which has passed its recession phase, President Lenin Moreno said on Tuesday, February 6.

The country requires some US $ 3.9 billion in financing to overcome its economic problems as a result of falling oil prices, its main export product, the president added. “We will continue to go out to the bond market to place those papers,” said Moreno, noting that the Ecuadorian debt has received a good reception in the market and favorable conditions for the country.

“We are talking to the multilaterals,” he told correspondents from the foreign press. Ecuador placed a 10-year bond for 3,000 million dollars in January with a yield of 7.875 percent, which represents a lower rate compared with previous placements made by the country.

Despite the country’s financing needs, Moreno said that anticipated oil sales “are prohibited and we will not do them”, unlike his predecessor Rafael Correa, who used these operations to obtain a large amount of resources. Moreno said that the Ecuadorian economy is recovering and proof of this is that the country’s gross domestic product (GDP) would have grown by 1.5 percent in 2017, more than expected by the authorities, and that by 2018 it is expected an average expansion to 2 percent.

“The fiscal deficit has been stabilized (…) The recessionary phase has already been overcome,” he concluded. (I)