Ecuador, among the countries that suffer the most from the war in Ukraine

Exports from Ecuador, Paraguay and Jamaica feel the impact of the Russian invasion of Ukraine, which translates into lower economic growth and more poverty. 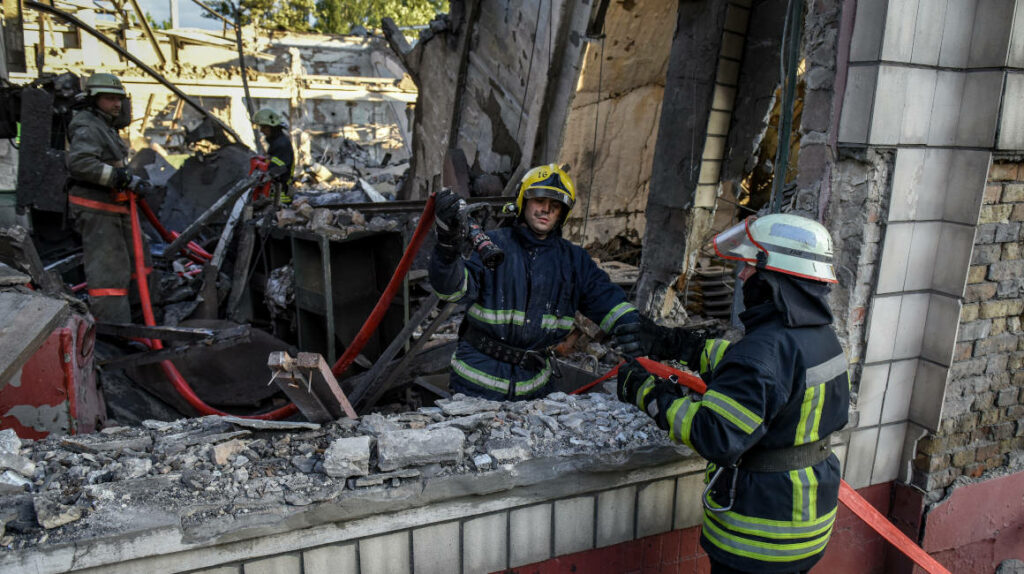 Firefighters search through the rubble left by a bombing in Kyiv, Ukraine, on June 5, 2022.

More than 100 days have passed since the Russian invasion of Ukraine began, and Ecuador is among the three Latin American countries most affected by the war in the Eurasian zone.

This is because Ecuador’s sales have shrunk , since between Russia and Ukraine they bought 4.5% of Ecuadorian exports until February 2021, when the conflict broke out.

A report from the Economic Commission for Latin America and the Caribbean, dated June 6, 2022, maintains that Ecuador, Paraguay and Jamaica are the most affected countries in the region.

Exports from Ecuador to Ukraine are already zero. Before the war, Ecuador exported bananas, natural flowers, fish, shrimp, coffee, cocoa products, vegetable extracts and oils to that market, according to the Central Bank.

While fish exports to Russia fell 63% between January and March and those of the shrimp sector fell by at least 30%.

Added to this are the consequences of the sanctions that the United States, Canada and the members of the European Union have imposed on Russia.

One of the sanctions is the exclusion of Russian financial institutions from the Swift system, which allows the direct transfer of money between countries.

That has made business with Russia and payments to Ecuadorian exporters difficult.

As of March 2022, the defaults of Russian importers with Ecuadorian exporters already amounted to USD 50 million .

The figures of the Federation of Ecuadorian Exporters (Fedexpor) say so.

For 2022, ECLAC estimates a growth of the Ecuadorian economy of only 2.7% due to the drop in exports, caused by the war crisis in Ukraine, among other factors.

The result is already visible: there is less recovery in the economy , while inflation increases .

Two factors that will negatively influence the living conditions of the population and their ability to buy essential goods and services.

This is the highest value for the basic basket within the historical record of the National Institute of Statistics and Censuses (INEC).

Put in other words, ECLAC predicts a growth in poverty levels in Ecuador.

That implies an increase of 0.6 percentage points compared to the index registered in 2021.

The increase of 1.1 points in extreme poverty would imply that 7.8 million people are added to the 86.4 million who are already in that condition.

ECLAC anticipates that the increase in inflation and poverty in Ecuador and other Latin American countries will cause “higher levels of unrest and sociopolitical conflict .”

And he adds that “social instability can harm capital markets and investment decisions , while cuts in public spending to limit the advance of inflation can also trigger social unrest.”

Among the main trade effects of the conflict in Latin America, ECLAC highlights “the rise in energy prices (oil and gas), mining (coal, copper and nickel), food (wheat, corn and oils) and fertilizers “.

Which is explained because Russia and Ukraine have a relevant role “in the production and world trade” of the aforementioned products.

In this context, ECLAC proposes that the fiscal policy of Ecuador and the region must remain a central element of development policy.

“Energy and food subsidies, and transfers to the most vulnerable sectors of the population should be used to avoid the inflationary impact on the income and well-being of these groups and a further deterioration in private consumption,” the report concludes.

Leonardo Bohrer-Nicolás Lapentti, a binomial with a sporting past that seeks to win the elections at the Guayaquil Tennis Club