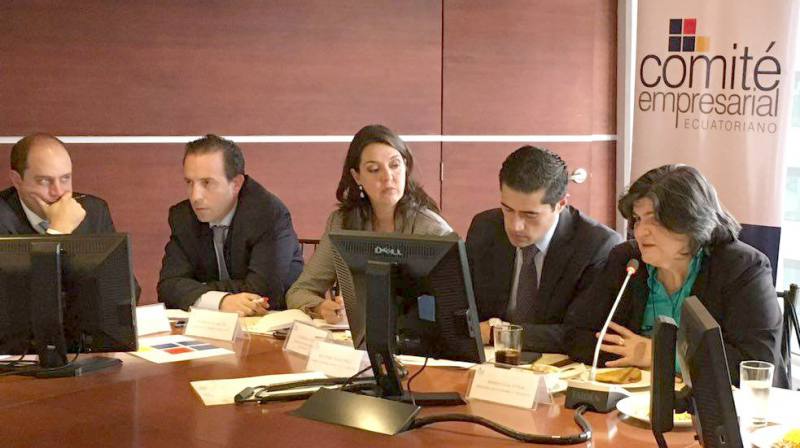 The country risk of Ecuador, which measures the perception of the markets on the risk of payment of the debt, remains in an upward trend. In a month, between April 1 and May 1, 2018, the index rose 128 points, going from 544 to 672 points. This is despite the fact that the price of crude has also remained on the rise.

Ecuador has been keeping its accounts balanced thanks to indebtedness; but in recent days there has been a drop in the deposits of the National Treasury Account.

According to an analysis by Cordes, at the end of April, according to the last Weekly Monetary Bulletin published by the Central Bank, the balance of the deposits in the National Treasury Account (from which the payments of the General State Budget are made) it was $ 944 million, that is, almost $ 2,500 million less than at the end of January, when the issuance of sovereign bonds for $ 3,000 million gave a breathing space to the fiscal coffers.

For Cordes, the strong oscillations in the deposits of the Treasury Account reflect the dependence that the previous and present governments have developed towards the debt. Cordes explained that the low balance registered at the end of last month occurred despite the fact that each April the Internal Revenue Service (SRI) collects (and transfers to the Treasury) the income tax paid by companies, that is, it is about a month of high income for the treasury.

According to Cordes, the average monthly budget spending is around $ 2,200 million, which should be added the amortizations scheduled for this year, as a reference, in 2017 the amortization of foreign debt, without considering oil presales, amounted to $ 2,400 million.

On the other hand, a few days ago, the publication Análisis Semanal also indicated that the funds of the most recent bond placement are running out, and a new placement will have to be made soon. The problem is that now there are legal obstacles. The Office of the Comptroller General has determined that the debt ceiling has been perforated, so the Government will require authorization from the Assembly to contract new debt.

Meanwhile, the government could send next week an economic law with tax reforms to execute its economic plan. Yesterday, the Minister of Finance, María Elsa Viteri, had a meeting with the productive chambers about the expectations of execution of the economic plan. The meeting, which took place from 2:30 p.m., dealt with the main concerns of the unions about government announcements.

After the meeting, Richard Martinez, president of the Ecuadorian Business Committee, explained that they see as positive the fact that the advance on income tax is eliminated; However, they see with concern the fact that they want, on the other hand, to eliminate the incentive they already had of a refund of the Foreign Exchange Tax (ISD) on imports of inputs and capital goods.

On the other hand, Patricio Alarcón, president of the Federation of Chambers of Commerce, explained that several points were not clear. Among them, what will be the way in which they will apply VAT to health insurance.

“The country and the business sector will not be disappointed with the response of the National Government. “ María Elsa Viteri, minister

“we have put forward concrete proposals so that the President’s offer of April 2 can be fulfilled. We have had bad experiences with the tax authorities. ” Richard Martínez, Ecuadorian Business Committee.(I)