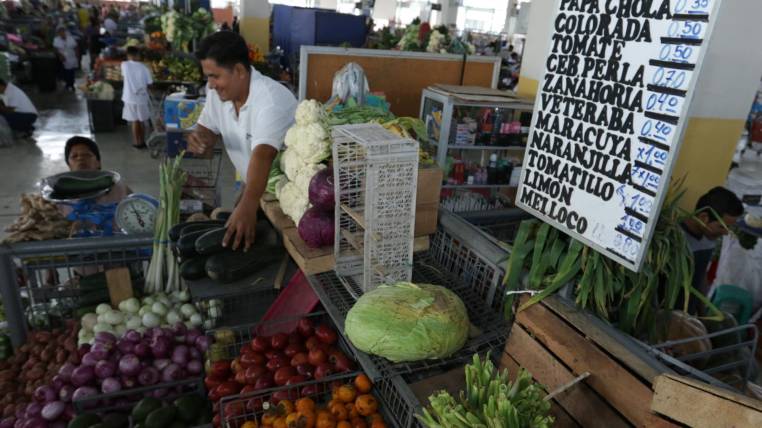 That the market adds six consecutive months of low prices can be a news to the pocket of the Ecuadorian, but in the short term. For economic analysts consulted, the fact that the country has entered a stage of deflation is reason to start worrying, because it means that consumption and the long-awaited economic recovery are not giving the expected signals.

Yesterday, the National Institute of Statistics and Census (INEC) revealed that the annual variation of the February index reached -0.14%, the sixth consecutive monthly fall that meets the characteristics of what the International Monetary Fund (IMF) classifies as a deflationary stage. Enter this period is unusual, says Vicente Albornoz, dean of the Faculty of Economics of the University of the Americas. In fact, he explains, Ecuador had not experienced an equal stage for 85 years. “We have had few months with falling prices, but so, as a long deflation, the last one we had was in 1932.”

Albornoz clarifies that what is registered in the market is not an abrupt price collapse, but a generalized drop that generates a negative effect on the economy. “Deflation creates a disincentive to not consume and not produce. Why should I buy something, if I know that it will be cheaper in three months? In that sense, that is a problem for the economy to be dynamic and to recover. ”

According to the Central Bank, in 2017 the economic growth of the country reached 1.5% and for this year, it is expected to be around 2%. For Larry Yumibanda, president of the College of Economists of Guayas, achieving better expansion results will imply that the government must make adjustments to first get out of this deflationary state. A work that, he warns, will not be simple. What is required, he says, is for the government to stimulate the market by lowering certain taxes and injecting money into the economy, but efficiently.

“Instead of allocating resources to public works, it has been cutting them to dedicate this to increase current spending (salaries and wages of the public sector). If we continue in this way we will not be able to get out of this stagnation of demand. ” And if there is no demand, he explains, companies do not produce; if it does not occur, no more employment is generated.

This panorama, says Patricio Alarcón, president of the Federation of Chambers of Commerce, does not help anything so that the commercial sector continues recovering. Last year, he says, after the elimination of safeguards on imported products, the sector was able to reverse its slump in sales by growing 5% in its turnover (almost $ 66,000 million); However, he clarifies, this was one of the lowest growth since before 2014.

This year, Alarcón confirms a generalized strategy: to resort to promotions or lower prices in order to move the inventory of products and be able to sell in the market. According to the INEC, the Costa was the region that presented a negative inflation in February, with 0.49%. The biggest drop in prices was reported in Guayaquil, with -0.66%, versus 1.63% positive for the same month last year. The list is followed by Esmeraldas (-0.74%), Machala (-0.28%) and Manta (-0.15%).

The market and its prices

The figures from the INEC indicate that in February of this year, the family basket, which contains 359 products, was -0.14% cheaper than it was in February of last year.

Guayaquil is the one with the highest generalized price drop. Its annual variation fell to -0.66% in February of this year, versus 1.63% last year. The variation of Quito was 0.42%. Cuenca registered -0.05%.

In February, the cost of the basic basket reached $ 710.46. This month, the products that most influenced negative inflation were food and non-alcoholic beverages and goods and services. (I)