BREAKING NEWS
Ecuador negotiates to pay debt until 2040 with lower interest
The vacancy of office spaces increases and rental prices tend to drop in Guayaquil
Galapagos: the jewel in the crown does not feed
Ecuador will present at the UN advances in Sustainable Development Goals
These are the benefits of eating bananas on an empty stomach
With only 9% occupancy, hotels already consider lost in 2020 and 2021
Filmmaker Sebastian Cordero: “The Academy has given a sign of inclusion”
Agrocalidad rules out presence of locust plague in the country
Four axes of business opportunities were highlighted in dialogue on the Reinventa Ecuador project
The US withdrew 300 visas from Ecuadorians linked to corruption

Ecuador has 38 nominations in the ‘Oscars’ of tourism 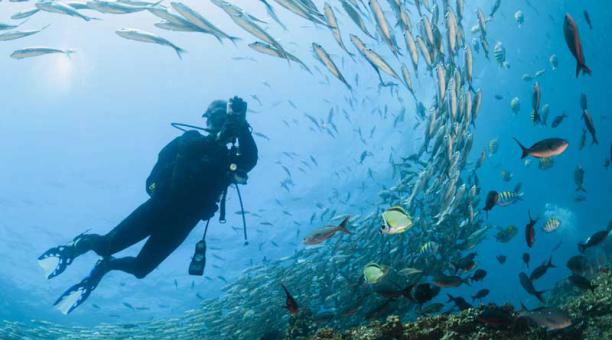 Ecuador is among the aspiring countries to become the best destination in the world of Adventure, among the 38 categories of the international travel awards World Travel Awards in which it competes and which will be decided at a gala in Guayaquil in September 2018.

To encourage voting, this weekend the Vice Presidency of the Republic posted on Twitter “Ecuador nominated as World Adventure Leader Destination. We have everything to win, we count on you! #VotaPorEcuador “.

Guayaquil will be, on September 15, host of the award of the twenty-fifth edition of the World Travel Awards (WTA), known as the ‘Oscars of Tourism’.

The prizes are awarded since 1993 to recognize, reward and celebrate excellence in the key sectors of the tourism and hospitality industry. In the current edition, Ecuador participates with 38 nominations.

The Galapagos Islands also compete for the South America’s Leading Destiny and Romantic Destination of South America award. Guayaquil has eight nominations. The airports Mariscal Sucre, of Quito, and José Joaquín de Olmedo, of Guayaquil, aspire to win the award in the category of the South American Leader Airport 2018. In 2017, Ecuador won 14 awards. The ceremony for Latin America this 2018 will take place at the Palacio de Cristal in Guayaquil. (I)