Ecuador is pleased by Assange’s situation, according to Patiño 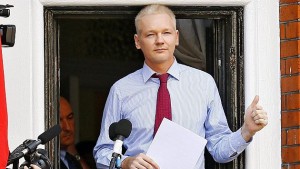 Foreign Minister Ricardo Patino said on March 14 that the government is “glad” by the announcement that Julian Assange’s declaration will be taken at the Embassy of Ecuador in London, but the members of the State are also “outraged” by the delay of the decision.

He said that they see with “great satisfaction” what the government of Ecuador requested two and a half years ago to the Swedish justice is going to be realized now, however, he lamented saying: “Who pays back to Julian Assange the thousand days of absurd, illegitimate and unjust confinement?” he asked and said that they are pleased “that the whole world knows that what the government of Ecuador said from the beginning was right.”

Regarding the issue, the president of Ecuador Rafael Correa, said that “every facility” will be given to interrogate Assange, founder of WikiLeaks.